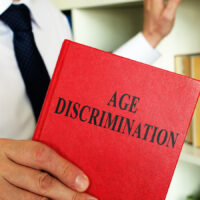 On September 8, 2020, the U.S. Equal Employment Opportunity Commission (EEOC) issued a press release announcing that it has filed an age discrimination lawsuit against Ohio State University (OSU). On September 3, 2020, the EEOC filed the case, U.S. Equal Employment Opportunity Commission v. Ohio State University,
Case No. 2:20-cv-04624, in the U.S. District Court for the Southern District of Ohio after first affording OSU an opportunity to correct the alleged age-based discriminatory employment practices through its statutorily mandated conciliation process. Unable to secure an acceptable conciliation agreement with OSU, the EEOC moved forward with attempting to eradicate the alleged age-based discriminatory employment practices through litigation.

The EEOC has filed the age discrimination lawsuit pursuant to the Age Discrimination Act (ADEA) on behalf of a former employee of OSU, Alan Knox (Knox). Under the ADEA, employers are forbidden from discriminating against job applicants and employees based on age. The EEOC claims that OSU terminated Knox because of his age and replaced him with a significantly younger, less qualified employee, within the context of a workplace culture infected with age bias. The EEOC further claims that when Knox sought re-employment by applying for numerous positions, OSU consistently selected significantly younger, less qualified individuals instead of Knox. In this article, court Citrus County, Florida age discrimination lawyers explain the EEOC’s allegations of age discrimination against OSU.

Following Knox’s termination, OSU assigned Knox’s workload to two other employees in CEHE. Some of his duties were assigned to a Human Resources Specialist, Legnese, who was twenty-eight years of age. At the time of his termination, Knox had twenty years of human resources experience, with twelve of those years at OSU. Lagnese had less than five years of human resources experience, with just eight months at OSU. Less than six months after firing Knox, OSU promoted Legnese to HR Generalist, the position formerly held by Knox, and increased her salary by $5,700 to $62,700, just slightly less than Knox had been making with over a decade more experience with OSU.

The EEOC maintains that Knox’s “termination occurred against a backdrop of age-based hostility towards older employees in CEHE that was displayed or condoned by the same officials responsible for Knox’s termination.” The EEOC claims that the CEHE Human Resources Director, Lenzo, made “ageist remarks” to Knox and another HR Generalist, Renshaw. Lenzo would call Knox the “old guy,” Renshaw the “old girl,” and Knox and Renshaw together the “old crew.” The EEOC further claims that prior to Knox’s termination, the Dean of CEHE, Achterberg, and other members of CEHE management received written complaints from four CEHE employees in their fifties and sixties detailing age discrimination towards older CEHE employees. The complaints alleged that two Executive Directors of CEHE continuously made ageist statements in the workplace, such as referring to older employees as “millstones,” “dead wood,” “change adverse,” and unable “to turn on a computer” without technical support.

The EEOC is the administrative agency of the United States responsible for interpreting and enforcing the federal anti-discrimination laws. As part of its Congressional mandate of eradicating discrimination in the American workplace, the EEOC is authorized by federal law to bring lawsuits on behalf of job applicants and employees who have been discriminated against based on age. In a press release issued by the EEOC on September 8, 2020 regarding the case, a regional attorney for the EEOC’s Philadelphia District Office, Debra Lawrence, stated that “it is important for public as well as private employers to understand that age discrimination is illegal.” “If a termination is age-discriminatory,” Ms. Lawrence explained, “disguising it behind a supposed reduction in force will not change that.”