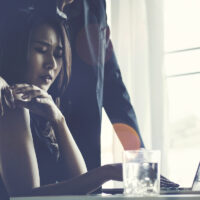 The EEOC claims that Nature’s Medicines violated Title VII by allowing Barrett and McWilliams to be subjected to continuous sexual harassment and a sexually hostile work environment by their manager, even after a number of employees had complained about his behavior.

From August 2018 until June 2019, according to the EEOC, Barrett was subjected to unwanted sexually harassing behavior by the General Manager. The General Manager’s alleged sexual harassment of Barrett including sharing his fantasies of picturing customers naked and wanting to have sex with other female employees, making remarks about her buttocks, groping her leg, telling her that other male employees wanted to sleep with her, and making sexually charged remarks about female customers and third-party vendors. The EEOC also claims that the General Manager would make Barrett and other employees research female job applicants through their social media accounts so that he could assess their attractiveness before inviting them in for a job interview. The General Manager stated that he would not hire female applicants if they were “not attractive” or “not his type.”

From June 2018 until October 2018, according to the EEOC, McWilliams was also subjected to unwanted sexually harassing behavior by the General Manager. The General Manager’s alleged sexual harassment of McWilliams included using sexually explicit language in her presence, sexualizing the names of the strains of cannabis the store sold, using epithets when referring to female employees, and remarking about how female employees wanted to “hook up” with him.

The EEOC is the administrative agency of the United States responsible for interpreting and enforcing federal employment laws prohibiting discrimination, harassment, and retaliation in the workplace. As part of its administrative enforcement of the federal employment laws, the EEOC is authorized by federal law to file lawsuits on behalf of sexual harassment victims. In a press release issued by the EEOC on September 28, 2020 regarding the case, a Regional Attorney for the EEOC’s Philadelphia District Office, Debra M. Lawrence, explained that “sexual harassment is even more pernicious when it is committed by a general manager.” “Managers have a heightened responsibility to prevent sexual harassment,” Ms. Lawrence noted, “not engage in it.” In commenting on the case, the Director of the EEOC’s Philadelphia District Office, Jamie R. Williamson, stated that “all employees, in all industries, have the right to a workplace free from sexually offensive comments and conduct.”

Based in Ocala, Florida and representing employees throughout Central Florida, our Citrus County, Florida sexual harassment attorneys have been fighting for the rights of workers for more than two decades. If you have been subjected to sexually harassing behavior in the workplace or have questions about your right to a workplace free from sexually harassing behavior, please contact our office for a free consultation with our Inverness, Florida sexual harassment lawyers. Our employment and labor law attorneys take sexual harassment cases on a contingency fee basis. This means that there are no attorney’s fees incurred unless there is a recovery and our attorney’s fees come solely from the monetary award that you recover.