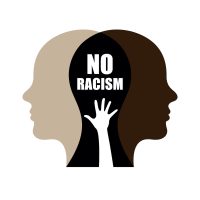 On October 7, 2021, the EEOC issued a press release announcing that it has filed a racial harassment lawsuit against Kaiser Foundation Health Plan of Washington (Kaiser). On September 30, 2021, the EEOC filed the racial harassment lawsuit, United States Equal Employment Opportunity Commission. v. Kaiser Foundation Health Plan of Washington, Case No. 2:21-cv-01338, in the U.S. District Court for the Western District of Washington. The EEOC has brought the racial harassment lawsuit under Title VII of the Civil Rights Act of 1964 (Title VII) on behalf of an employee of Kaiser, an African-American woman named Hayden. The EEOC claims that Kaiser subjected Hayden to a racially hostile work environment in violation of Title VII.

Title VII prohibits employers from discriminating against employees on the basis of race. In interpreting Title VII, courts have uniformly held that racial harassment is a form of race discrimination forbidden by Title VII. To violate Title VII, racial harassment must be sufficiently severe or pervasive to alter the conditions of the victim’s employment and create a hostile working environment.

Kaiser is one of the nation’s largest not-for-profit health plans. Hayden is employed by Kaiser as a laboratory assistant. From October 2018 until August 2019, according to the EEOC, Hayden was subjected to racially harassing behavior by a co-worker, including racial slurs and epithets. In October 2018, Hayden informed her co-worker that she found the racial remarks offensive and asked her co-worker to stop making racial remarks. Despite Hayden’s request, the co-worker continued to subject her to racially abusive language. On one occasion, the EEOC maintains, the co-worker threatened that she wanted to slash Hayden’s tires and break her car windows after learning that Hayden had reported her racially harassing behavior.

In June 2019, Hayden lodged another racial discrimination complaint with Kaiser’s Compliance Hotline. Kaiser assigned an Employee Labor Relations Consultant (Consultant) to respond. The EEOC maintains that the Consultant conducted an inadequate investigation, including failing to interview key witnesses named in Hayden’s hotline complaint who could corroborate Hayden’s allegations. Kaiser’s Consultant recommended against disciplining the co-worker and closed the file. In August 2109, Hayden lodged another racial discrimination complaint with the Consultant regarding additional racially harassing incidents from the co-worker. Kaiser, according to the EEOC, did not take any disciplinary action against the co-worker.

In a press release issued on October 7, 2021, regarding the case, a trial attorney for the EEOC’s San Francisco District Office, Carmen Flores, explained that “all employees have the right to work in a setting free from harassment.” In commenting on the case, the Acting Director of the EEOC’s San Francisco District Office, Nancy Sienko, observed that “whether a racial slur is aimed at the employee reporting it or not, employers must act to stop such workplace conduct immediately.” “It is unacceptable and against the law,” Ms. Sienko added, “for employers to fail to intercede when their employees report racial epithets particularly those associated with historical weight and injury.”

Based in Ocala, Florida, and representing workers throughout Central Florida, our Citrus County, Florida hostile work environment attorneys have dedicated their practice to representing racial discrimination victims. If you have been required to work in a racially hostile work environment or have questions about an employer’s failure to protect you from racial harassment at work, please contact our office for a free consultation with our Inverness, Florida hostile work environment lawyers. Our employee rights law firm takes racial discrimination cases on a contingency fee basis. This means that there are no attorney’s fees incurred unless there is a recovery and our attorney’s fees come solely from the monetary award that you recover.