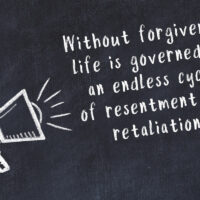 The EEOC, which is an administrative agency of the federal government, is responsible for interpreting and enforcing the federal labor laws making discrimination, harassment, and retaliation unlawful employment practices. As part of its statutory mission of protecting and vindicating employee rights, the EEOC brings lawsuits on behalf of employees who have been subjected to unlawful discriminatory employment practices, including retaliatory discharge.

In a press release issued by the EEOC on April 12, 2021 regarding the case, the Director of the EEOC’s Birmingham District Office, Bradley Anderson, explained that “employees have the right to work in an environment where they are judged on their ability and not based upon irrelevant characteristics like sex, race, or the race of family members.” “Federal law also prohibits an employer,” Mr. Anderson added, “from refusing to hire qualified applicants based on race and punishing an employee who complains about it.” In commenting on the case, a regional attorney for the EEOC’s Birmingham District Office, Marsha Rucker, stated that “Climatemp created a work environment where . . . African-Americans did not get hired, and employees were subjected to termination for complaining about discrimination or harassment.” “The EEOC remains committed,” Ms. Rucker added, “to combating this type of harassment and discrimination through vigorous enforcement efforts.”