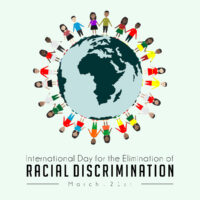 The EEOC has brought the race discrimination lawsuit under Title VII of the Civil Rights Act of 1964 (Title VII) on behalf of a former employee of AOD, Jonathan Sellers (Sellers). Title VII makes it an unlawful discriminatory employment practice for employers to discriminate against employees on the basis of race. Under long standing law, racial harassment is a form of race discrimination prohibited by Title VII. Racial harassment which is sufficiently severe or pervasive to alter the conditions of the victim’s employment and create a hostile or abusive working environment violates Title VII.

Once an employer knows or should know of racial harassment in the workplace, the employer is required by Title VII to take immediate and appropriate remedial measures to stop the racial abuse. When an employer fails to take prompt and effective remedial measures after learning of racially harassing behavior in the workplace, and an employee is forced to quit in order to escape the racial hostile work environment, the employee has been constructively discharged in violation of Title VII. An employee who is constructively discharged in violation of Title VII is entitled to recover lost wages just as if the employee had been terminated.

AOD is an automotive dealership in Dallas, Texas. In December 2019, AOD held a holiday party attended by Sellers and other employees. At the party, AOD’s management called Sellers to the front of the room in the presence of co-workers and handed Sellers a trophy referring to his race and color. The trophy labeled Sellers as the employee “least likely to be seen in the dark.” Sellers, feeling deeply humiliated, left the party shortly thereafter and threw the offensive trophy out of his car window.

In the days following the holiday party, Sellers attempted to address the offensiveness of the trophy given to him by AOD management. Instead of taking remedial measures, the EEOC alleges, AOD’s General Manager laughed and told Sellers that the trophy was a joke. The EEOC further alleges that on his return to work following the holiday party, Sellers was also harassed with questions about the trophy, along with remarks and teasing about his race. Some workers, according to the EEOC, made “after-the-fact badgering, racially offensive utterances to Sellers.” For example, the EEOC claims, one employee made remarks to Sellers that he needed to smile in order to be seen when he was in the dark and unlit back end of the dealership. The EEOC maintains that because AOD failed to remedy the incident of racial harassment at the holiday party, along with the teasing and other racist comments after the holiday party, Sellers could no longer tolerate the abusive work environment and was compelled to resign.

The EEOC is the administrative agency of the federal government responsible for interpreting and enforcing the federal employment laws prohibiting discrimination, harassment, and retaliation. In protecting employees from race-based discriminatory employment practices, the EEOC brings lawsuits in federal court on behalf of race discrimination victims, including employees who have been required to work in a racially hostile work environment.

In a press release issued by the EEOC on June 2, 2021 regarding the case, a senior trial attorney for the EEOC’s Dallas District Office, Joel Clark, observed that “Autos of Dallas insisted to Mr. Sellers that the trophy handed to him was all a big joke.” “Racist objects like this one have a sordid history,” Mr. Clark added, “and one that should never have been dredged up by the company.” In commenting on the case, a regional attorney for the EEOC’s Dallas District Office, Eduardo Juarez, observed that the company “should have properly responded to the complaints made by Mr. Sellers about the holiday party,” because “employers are required to take prompt, effective remedial measures in response to complaints about discrimination.”

Based in Ocala, Florida and representing workers in counties throughout Central Florida, our Marion County, Florida race discrimination lawyers have more than twenty years of experience representing employment discrimination victims. If you have experienced racially abusive behavior in the workplace or have questions about your protection from racially abusive behavior at work, please contact our office for a free consultation with our Ocala, Florida race discrimination attorneys. Our employment and labor law attorneys take race discrimination cases on a contingency fee basis. This means that there are no attorney’s fees incurred unless there is a recovery and our attorney’s fees come solely from the monetary award that you recover.