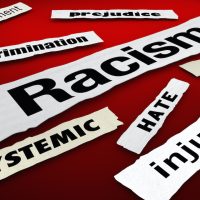 On November 3, 2021, the EEOC issued a press release announcing that it has filed a racial harassment lawsuit against Don’s Specialty Meats, Inc. (DSM). On September 24, 2021, the EEOC filed the case, U.S. Equal Employment Opportunity Commission v. Don’s Specialty Meats, Inc.,  Case No. 6:21-cv-03421, in the U.S. District Court for the Western District of Louisiana after initially attempting to remedy the alleged racial harassment through its statutorily mandated conciliation process. Unable to secure from DSM an acceptable agreement through informal methods of conciliation, the EEOC moved forward with addressing the alleged racial harassment through litigation.

The EEOC has filed the racial harassment lawsuit pursuant to Title VII of the Civil Rights Act of 1964 (Title VII) on behalf of a former employee of DSM, an African-American man named Arceneaux (Arceneaux). The EEOC contends that DSM violated Title VII by creating and maintaining a racial hostile work environment. The EEOC further claims that DSM violated Title VII by forcing Arceneaux to involuntarily quit in order to escape the racial hostile work environment.

DSM is a food preparer and retailer in Louisiana. In 2018, Arceneaux began working for DSM as food preparer. Throughout his employment, according to the EEOC, Arceneaux was subjected to a sustained campaign of racially harassing behavior by a general manager and supervisor. The racial abuse included hurling racial slurs and racially derogatory remarks at Arceneaux. The racial abuse also included requiring Arceneaux to pick up trash and debris on public roads. White employees, the EEOC maintains, did not have to pick up trash and debris on public roads. A manager told Arceneaux that the general manager told the manager to have “the black boy” do it.

On July 8, 2020, Arceneaux complained to managers about the supervisor’s use of a racial slur. The managers did not tell the supervisor to stop using the racial slur. Instead, DSM purportedly “disciplined” the supervisor by prohibiting her from wearing her DSM’s shirt for about a day. In fact, the general manager told Arceneaux that he would not reprimand the supervisor. Because of DSM’s failure to take any prompt and effective remedial action to stop the racial harassment from continuing, Arceneaux was forced to resign his employment on July 10, 2020.

The EEOC is the administrative agency of the United States responsible for interpreting and enforcing federal civil rights laws prohibiting employment discrimination, including racial harassment. As part of its statutory mission to eradicate discriminatory employment practices from the American workplace, the EEOC brings lawsuits on behalf of employment discrimination victims, including racial discrimination victims. In a press release issued by the EEOC on November 3, 2020 regarding the case, a senior trial attorney for the EEOC’s Houston District Office, Andrew Kingsley, explained that “employers must do all they can to prevent the use of racial slurs, and if they are used, they must act immediately to remedy the harm caused by their use.”