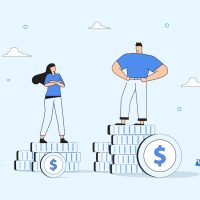 Both Brown and Dotterweich worked in the dispatcher position until September 8, 2020. Around the first week of September 2020, upon discovering Brown’s higher pay, Dotterweich complained about the pay disparity to the Director of Human Resources, a man named Joest. Joest told Dotterweich that he would look into it. One week later, Joest fired Dotterweich for making an obsence remark in the workplace. Upon being informed of the reason for her termination, Dotterweich reminded Joest that Jerry’s Chevrolet a few weeks earlier had learned of another employee viewing pornography at his desk who was simply written up. Joest responded, “well, that’s different.”

In a press release issued on September 27, 2021 regarding the case, a regional attorney for the EEOC’s Philadelphia District Office, Debra M. Lawrence, stated that “female workers in all industries deserve equal pay for equal work.” “Workers have the right to ask about perceived pay discrimination,” Ms. Lawrence added, “without being fired as a result and that is why we filed this lawsuit.” In commenting on the case, the Director of the EEOC’s Philadelphia District Office, Jamie R. Williamson, explained that “this case should remind employers to review their pay practices, correct, and remedy any unlawful pay discrimination, and ensure that no worker is retaliated against for exercising their rights protected under federal law.”