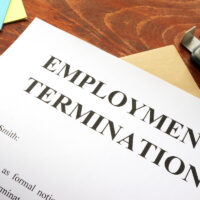 In a press release issued on April 10, 2020, the U.S. Equal Employment Opportunity Commission (EEOC) announced that it has filed a hostile work environment harassment and retaliation case against Great Rentals and Events, LLC (Great Rentals). On April 9, 2020, the EEOC filed the case, U.S. Equal Employment Opportunity Commission v. Great Rentals and Events, LLC, Case No. 5:20-cv-448, in the U.S. District Court for the Western District of Texas after initially seeking to obtain a pre-litigation resolution of the through its statutorily required conciliation process.
The EEOC has commenced brought the hostile work environment harassment and retaliation lawsuit pursuant to Title VII of the Civil Rights Act of 1964 (Title VII) on behalf of a former employee of Great Rentals, Yolanda Gonzalez (Gonzalez). Under Title VII, employees are protected against discrimination on the basis of sex. Sex-based harassment is a form of sex discrimination forbidden by Title VII. Title VII also protects employees from retaliation when they complain about perceived sex-based discrimination in the workplace. The EEOC claims that Great Rentals violated Title VII by requiring Gonzalez to work in a sex-based hostile work environment and by firing Gonzalez in retaliation for complaining about the sex-based harassment to which she was subjected. In this article, our Alachua County, Florida wrongful discharge lawyers explain the EEOC’s allegations against Great Rentals.

Great Rentals is a special events company which provides services for weddings and corporate functions. In March 2018, Gonzalez was hired as an event rental coordinator. During her employment, according to the EEOC, Gonzalez was subjected to degrading sex-based harassment by the owner of Great Rentals. The alleged hostile work environment harassment by the owner towards Gonzalez included sexist remarks, such as stating “all women are worthless because they have kids,” remarking that “women are irresponsible, they think they own the place” after a female employee called in sick, addressing female employees as “little girls,” and telling Gonzalez that “if you were to get pregnant, you’d be of less value to my company because you’d have to miss work to be with your kids.” The EEOC further alleges that the owner’s sex-based harassment included verbal conduct of a sexual nature towards Gonzalez, such as telling her he would pay her if she just “stood around so he could look at her” and remarking that she would “look good even in a burlap sack.”

The EEOC is the administrative agency of the United States responsible for interpreting and enforcing federal laws prohibiting employment discrimination, harassment, and retaliation. In enforcing the federal anti-discrimination laws, the EEOC is also authorized by federal law to bring lawsuits on behalf of harassment and retaliation victims. In a press release issued by the EEOC on April 10, 2020 regarding the case, a trial attorney for the EEOC’s Dallas District Office, Phillip Moss, explained that a “unlawful sex-based harassment includes not only unwelcome sexual conduct, but also gender-based animosity, including sexist comments.” In commenting on the case, a supervisory trial attorney for the EEOC’s Dallas District Office, Eduardo Juarez, stated that “no worker should be forced to endure demeaning comments about her gender in order to make a living, nor should she suffer retaliation for opposing the offensive conduct.”