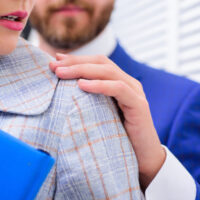 On January 15, 2020, the U.S. Equal Employment Opportunity Commission (EEOC) issued a press release announcing that it has entered into a Consent Decree to settle a sexual harassment and retaliation lawsuit against BCD Restaurants, LLC, d/b/a Zaxby’s (Zaxby’s).On September 5, 2019, the EEOC filed the case, U.S. Equal Employment Opportunity Commission v. BCD Restaurants, LLC, d/b/a Zaxby’s, Case No. 1:19-cv-00903, in the U.S. District Court for the Middle District of North Carolina after initially attempting to reach a pre-litigation settlement through its statutorily mandated conciliation process.

The EEOC brought the sexual harassment and retaliation lawsuit pursuant to Title VII of the Civil Rights Act of 1964 (Title VII) on behalf of a former employee of Zaxby’s, Victoria Jones (Jones). Title VII protects employees from sexually harassing behavior which is sufficiently severe or pervasive to alter the conditions of the victim’s employment and create an abusive work environment. Title VII also prohibits employers from retaliating against employees who complain about perceived sexual harassment in the workplace. The EEOC claims that Zaxby’s violated Title VII by requiring Jones to work in a sexual hostile work environment and by firing Jones in retaliation for complaining about the sexual harassing behavior to which she was subjected. In this article, our Marion County, Florida wrongful termination lawyers explain the EEOC’s allegations against Zaxby’s and the Consent Decree.

The EEOC is the administrative agency of the United States responsible for interpreting and enforcing federal laws prohibiting employment discrimination, harassment, and retaliation. In enforcing the federal civil rights laws, the EEOC is also authorized by federal law to bring lawsuits on behalf of employees who have been subjected to sexual hostile work environment harassment and employees who have been retaliated against for complaining about sexual harassment in the workplace. In a press release issued by the EEOC on January 15, 2020 regarding the case, a regional attorney for the EEOC’s Charlotte District Office, Kara Haden, explained that a “company’s ability to provide a work environment free of harassment is dependent on its employees being able to report this sort of abuse without hesitation.” “Every time an employee complaint about harassment leads to discharge,” Ms. Haden added, “the entire work environment is placed at risk.”