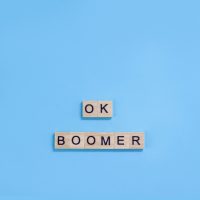 In that case, a man named Travers brought an age discrimination claim against his former employer, Cotiviti, LLC (Cotiviti), claiming unlawful employment discrimination because of his age. More specifically, Travers contends that he was denied transfer to another position because of his age after his employment was terminated due to a reduction in force.

Cotiviti audits financial transactions between its clients and their vendors, ensuring its clients receive the full benefit of deductions and other incentives built into their contracts. The audits are conducted by teams, subject to the following reporting hierarchy: Auditors report to Audit Managers, who report to Audit Directors, who report to a Regional Vice President of Audit Operations. Travers stated at Cotiviti as an Auditor in 2001. By 2009, he worked his way up the ranks to the position of Audit Director.

As Audit Director, Travers was assigned specific client accounts and had five ‘direct reports” working under his supervision. From 2010 to 2017, the revenue generated by those accounts decreased 73 percent. This reduction appears to have been caused primarily by terminations of contracts with Travers’ accounts. In fact, during this time, Cotiviti’s revenue decreased across the Northeast region, leading Cotiviti to close its regional office in Brockton, Massachusetts, and redistribute the remaining clients to other regional offices.

Company-Wide Push To “Get Younger”

In this reorganization, Travers began reporting to a new Regional Vice President, a man named Weiser. In 2017, shortly after the Brockton office closed, upper management contacted Weiser and informed him that Travers’ position was being eliminated due to a reduction in force. By 2019, Travers’ whole team had either retired or been terminated as Cotiviti continued to reduce its workforce. Weiser told Travers that he was not being terminated “for cause,” but because his accounts did not produce enough revenue.

Travers responded to the news of his termination by asking about other positions to which he might be transferred. Weiser replied, “No, that doesn’t work out.” Travers alleges that Cotiviti maintained an informal policy of offer transfers to Audit Directors and Audit Managers rather than simply terminating them. To establish the existence of this purported policy, Travers points to ten Audi Directors and Managers who he alleges were transferred to different positions within Cotiviti.
During the litigation, Travers’ former manager, a man named Goldsmith, testified that there was an overall effort at Cotiviti to “get younger.” Most alarmingly, Goldsmith testified that Cotiviti was “getting rid of older employees and hiring kids from college.” Goldsmith further testified that his “objectives were to get younger.”

Cotiviti filed a motion with the trial court seeking dismissal of Travers’ age discrimination claim. In denying Cotiviti’s motion for dismissal, the trial court determined that based on Goldsmith’s testimony, a jury could reasonably find that “there was a company-wide push within Cotiviti to replace older workers with younger ones.” Although Goldsmith was not involved in the decision to terminate Travers or deny Travers transfer to another position, the trial court found that Goldsmith’s testimony was sufficient to establish that Weiser was “subject to that pressure too.” “Given the directness of Goldsmith statement ‘we were getting rid of older employees and hiring kids from college,’ ” the trial court reasoned, “a reasonable jury could find that Travers’ age was a motivating factor in the decision to refuse his transfer request.”