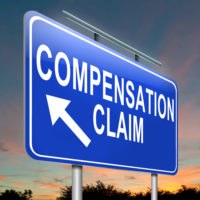 In order to punish employers who retaliate against employees who suffer an injury at work and make or attempt to make a workers’ compensation claim, the Florida Legislature enacted section 440.205, Florida Statutes. Section 440.205 provides that “no employer shall discharge, threaten to discharge, intimidate, or coerce any employee by reason of such employee’s valid claim for compensation or attempt to claim compensation under the Florida Workers’ Compensation Law.” A recent decision by the Florida Second District Court of Appeal (Second DCA), Atha v. Allen P. Van Overbeke, D.M.D., P.A., — So.3d –, 2017 WL 945530 (Fla. 2d DCA March 10, 2017), illustrates the types of evidence that can be used to prove a workers’ compensation retaliation claim under section 440.205.

In that case, Julie Atha (Atha) brought a lawsuit alleging that her employer violated section 440.205 by reducing her hours and terminating her employment in retaliation for making a workers’ compensation claim. Atha began working for Allen P. Van Overbeke, D.M.D., P.A. (Van Overbeke) as a dental assistant in 2009. On November 21, 2012, Atha suffered an injury to her right hand and elbow at work. Atha made a claim for workers’ compensation benefits by requesting medical treatment for her work-related injury. On November 27, 2012, Van Overbeke’s insurance carrier authorized medical treatment for Atha’s work-related injury. On February 18, 2013, Atha had surgery for her work-related injury. Atha received temporary disability benefits under the Florida Workers’ Compensation Law from the date of her surgery until her recovery. On June 6, 2013, Atha’s doctor released her to return to full-time work as a dental assistant. However, Van Overbeke refused to restore Atha to full-time status and offered her only one shift per week despite having work available that she could perform. Three weeks later, Van Overbeke terminated Atha’s employment. The trial court held that Atha failed to state a prima facie case of workers’ compensation retaliation and dismissed her case. On appeal, the Second DCA reversed the trial court’s decision and reinstated Atha’s lawsuit.

Retaliatory Motive After Employee Released To Return To Work