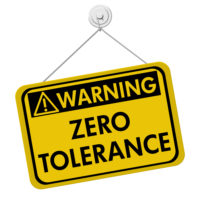 Sexual Behavior Is Not Horseplay

In that case, Jeffry Smith (Smith) brought a sexual harassment claim pursuant to Title VII against Rock-Tenn Services, Inc. (Rock-Tenn). Smith was employed by Rock-Tenn as a machine operator at a factory. Over the course of several months, Smith was sexually harassed by a male co-worker named Leonard. Leonard’s sexually harassing behavior involved slapping Smith’s behind, pinching Smith’s behind, and grabbing Smith by the hips and grinding his groin into Smith’s behind. Smith complained to his supervisor and the plant superintendent about Leonard’s sexual behavior. Eventually, Rock-Tenn investigated Smith’s complaints. At the conclusion of the investigation, Rock-Tenn suspended Leonard for a day and a half to two days. Leonard testified that he was paid while suspended. Thus, according to Leonard, he was never even deprived of pay for his conduct.

In contending that it was entitled to judgment as a matter of law on Smith’s sexual harassment claim, Rock-Tenn asserted that Smith could not establish that he was harassed on the basis of sex because Leonard’s behavior was mere “horseplay.” In rejecting Rock-Tenn’s argument, the Sixth Circuit stated that “we cannot accept this self-serving characterization of Leonard’s behavior.” Although “horseplay was much discussed at trial,” the appellate court observed, the jury found that “pinching and slapping someone on the buttocks or grinding one’s pelvis into another’s behind goes far beyond horseplay.”

The Sixth Circuit also found that Leonard’s sexual behavior was sufficiently severe or pervasive to create a hostile work environment because Smith endured sexual harassment that involved “physical invasion.” The Sixth Circuit further found that Smith produced sufficient evidence to hold Rock-Tenn liable for the hostile work environment sexual harassment. In finding that Rock-Tenn failed to respond appropriately to Leonard’s sexual behavior, the appellate court pointed to evidence showing that Rock-Tenn did nothing for ten days after learning that Leonard had touched Smith, did not separate Leonard and Smith, did not suspend Leonard pending an investigation, did not initiate an investigation in a timely manner, and only suspended Leonard for a day and a half to two days despite the prior written disciplinary action against him for touching another male employee. Thus, the Sixth Circuit concluded, a reasonable jury could find that Rock-Tenn’s response was “neither prompt nor appropriate in light of what it knew or should have known regarding Leonard’s prior misconduct.”