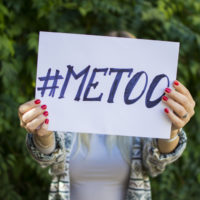 In Nichols, Rebecca Nichols (Nichols) brought a sexual harassment claim against Tri-National Logistics and RMR Driver Services. Nichols drove a semi-truck for Tri-National Logistics and RMR Driver Services (collectively TNR). Because of a poor driving record, TNR notified Nichols that she could no longer driver alone and was responsible for finding her own driving partner. After her first two driving partners stopped driving with her, Nichols began driving with a TNR employee named Paris.

During their first trip, Paris asked Nichols whether she was interested in a romantic relationship. Nichols refused the solicitation. Nichols was scheduled to drive with Paris again from May 25 to May 30. The truck on that trip had a sleeping compartment in the back of the cab separated from the two drivers by a curtain. Nichols testified that Paris opened the cab’s curtain and exposed himself while she was driving. Nichols angrily told Paris to get dressed and “not to behave that way.” According to Nichols, she immediately reported the incident to TNR’s safety department.

Nichols testified that after this initial incident, Paris would frequently stand in the back of the cab while she was driving, lean over in his underwear with his hands on the overhead compartment. Nichols testified that this happened on three or four occasions and that at least once Paris’ genitals were visible through a hole in his underwear. Nichols complained to TNR’s safety department about Paris’ conduct five times during their six day trip. Nichols told the safety department that she did not want to change assignments before she could find another driving partner because she needed to work to pay her bills. Nichols also testified that when she reported Paris’ behavior to a TNR dispatcher, the dispatcher told her to try to “endure it” until the trip was over and he would then help her find another driving partner.

After Nichols and Paris made their delivery to Laredo, Texas on May 30, they drove to Paris’ home in Pharr, Texas for a mandatory 24 hour rest period. Nichols testified that she went along with Paris to Pharr because she had been told another driver would not be available until after the rest period. Nichols’ request to take the truck to a place where she could stay overnight was denied because Paris had personal possessions in the truck. Nichols slept in the truck on the night of May 30.

When Nichols asked Paris to take her to a motel on May 30, he asked her to sleep with him and proposed that in return he would forgive an eight hundred dollar debt she owed him. Nichols testified that when she refused, Paris became “excessively mad,” verbally abused her, and tried to take away her keys and cell phone. Eventually Paris took Nichols to a motel where she spent the night. The next day, Paris drove Nichols back to Laredo where she got on the truck of another TNR driver. Nichols then reported Paris’ conduct in Pharr to TNR.

Employee Not Required To Choose Between Employment & Lawsuit

The trial court dismissed Nichols’ sexual harassment claim. In dismissing her claim, the trial court found that Nichols could not establish that she subjectively perceived Paris’ conduct to be offensive because her decision to remain with the truck and travel to Pharr with Paris was “her own choice.” In other words, the trial court determined that Nichols was required to quit instead of traveling to Pharr with Paris in order to establish that she subjectively perceived Paris’ behavior to be offensive. On appeal, the Eighth Circuit reversed the trial court’s dismissal and reinstated Nichols’ sexual harassment case.

In applying the appropriate test which the trial court cast aside in dismissing Nichols’ case, the Eighth Circuit found that Nichols produced evidence establishing that she subjectively perceived Paris’ sexual behavior to be offensive. After Paris exposed himself, Nichols told him not to behave that way and complained immediately to TNR. Nichols also complained about Paris’ behavior five times throughout the six day trip. Nichols further told TNR that she felt abused, degraded, and scared by Paris’ sexual behavior. In condemning the trial court’s decision, the appellate court also pointed out that the trial court ignored the fact that Nichols’ trip to Pharr was part of her work trip because she stopped there during a mandatory rest period.Moreover, the appellate court noted, Nichols was told another driver would not be available until after the trip was completed. Thus, Eighth Circuit explained, Nichols’ decision to remain with the truck was not “her own choice.”