Are After-The-Fact Justifications For An Employee’s Discharge Evidence Of Age Discrimination? 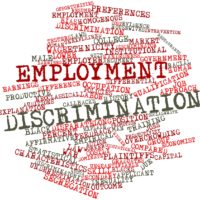 Having represented victims of employment discrimination and retaliation for almost twenty years, our Alachua County, Florida employment discrimination attorneys have learned that employers sometimes attempt to defend discriminatory discharge cases with evidence created after an employee was terminated. For example, employers will create a document after an employee’s discharge setting forth the alleged reasons for terminating the employee. This employer practice generally occurs once it becomes apparent that the former employer will be initiating litigation over the discharge. Under such circumstances, employers believe that the reasons for the employee’s discharge must be bolstered, if not augmented, in order to defend themselves against anticipated litigation. Read on to learn if after termination evidence can be used to justify an employee and their age discrimination case.

In that case, Francis Hubbard (Hubbard) brought an ADEA claim against the Board of County Commissioners of Jefferson County, Kansas (the County) claiming that his employment was terminated on the basis of age. Hubbard was employed by the County as a Road and Bridge Superintendent. In this position, Hubbard was responsible for the road and bridge department of the County. Because of health issues, Hubbard took a voluntary demotion to road foreman.

In February 2014, the Public Works Director, an employee named Noll, began asking employees, including Hubbard, whether they had set retirement dates. Noll was promoted to Public Works Director in January 2014. When Noll asked him what his “intentions” were with respect to retiring from the County, Hubbard told Noll that he did not intend to retire for a few more years.

The County alleged that Noll became concerned with Hubbard’s performance almost immediately after assuming the role of Public Works Director. Ultimately, Noll documented these concerns in a two-page memorandum that, according to Hubbard’s evidence, was created after he was fired. There was no evidence that Noll documented any concerns about Hubbard in February or March 2014. The memorandum covered a variety of alleged concerns, including Hubbard’s treatment of other employees, refusal to complete managerial tasks, and undermining Noll’s authority.

According to the County, Noll shared a copy of the two-page memorandum with the County Commissioners on April 7, 2014 during an executive session for the purpose of getting the approval of the Commissioners on the decision to fire Hubbard. However, Hubbard’s evidence established that the memorandum was not even created until late April 2014 and, thus, could not have been shared with the Commissioners on April 7, 2014. The following day, on April 8, 2014, Noll notified Hubbard that his employment had been terminated. When Hubbard asked for the reason for his termination, Noll replied that Hubbard was an at-will employee and the County did not need a reason to terminate his employment. Approximately one month later, Noll e-mailed a copy of the two-page memorandum to the county clerk, explaining that the memorandum was intended “to document” that Hubbard was “not discriminated against in any way” when he was released as an at-will employee.

Memo Was An After-The-Fact Justification

The County filed a motion with the trial court seeking dismissal of Hubbard’s age discrimination claim. In doing so, the County argued that “facts concerning when or why the memo was created” were irrelevant because there was no evidence that Noll “did not honestly believe the reasons he stated in the memorandum—even if it was drafted two weeks after the termination decision.” The trial court rejected the County’s argument and denied the County’s motion for dismissal.

At the outset of its opinion, the trial court identified the salient facts controlling its resolution of the case. First, the trial court pointed out that it “is uncontroverted that no other documents exist that reflect concerns about [Hubbard’s] employment with the County and the County has come forward with no evidence of any specific discussions between Noll and the County Commissioners prior to April 7, 2014 concerning [Hubbard’s] employment with the County.” Second, the trial court noted that Noll testified that the County Commissioners “agreed to the termination of Hubbard’s employment based on the contents of the memorandum that Noll asserted was provided to them on April 7, 2014.” Third, the trial court explained that the “memorandum authored by Noll was not even created until two weeks after [Hubbard’s] termination and only then for the purpose of documenting that [Hubbard] was not discriminated against in any way.”

Having identified the controlling facts, the trial court found that a jury “could obviously conclude that the County Commissioners did not rely on the contents of the memorandum in deciding to terminate [Hubbard’s] employment (because the document had not been authored yet) and that Noll did not utilize that document to obtain approval of [Hubbard’s] termination.” In other words, a jury could find that the memorandum was an after-the-fact justification created for the “purpose of buttressing the County’s position that it had not discriminated against [Hubbard]” and providing pretextual support for the County’s age-based decision to terminate Hubbard. Indeed, Noll not only prepared the memorandum two weeks after the termination decision for the purpose of “documenting” that Hubbard was “not discriminated against in any way,” Noll prepared the memorandum after asking about Hubbard’s retirement plans and after Hubbard indicated a desire to keep working. Based on this evidence, the trial court concluded, a jury could find that Noll “did not honestly rely on the reasons set forth in the memorandum in connection with the decision to terminate [Hubbard’s] employment.”