Are After-The-Fact Justifications For An Employment Decision Evidence Of Discrimination? 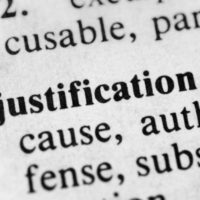 Evidence showing that an employer took steps to retrospectively justify an employment decision tends to establish that the employer did not really rely on the original articulated legitimate, non-discriminatory reasons for the decision. Indeed, courts have consistently held that after-the-fact justifications for an employment decision are fishy and unworthy of credence. The decision by the United States Seventh Circuit Court of Appeals in Zaccagnini v. Chas. Levy Circulating Co., 338 F.3d 672 (7th Cir. 2003) illustrates that when an employer relies on after-the-fact justifications for the challenged employment decision, a jury is permitted to conclude that discrimination was the real reason for the decision.

In that case, John Zaccagnini (Zaccagnini), who had been discharged by Chas. Levy Circulating Company (Levy) due to a reduction-in-force, claimed that Levy failed to rehire him on the basis of age in violation of the Age Discrimination in Employment Act. When his employment was terminated due to the reduction-in-force, Zaccagnini was fifty-one years old. When the vice president of operations informed Zaccagnini that he was being laid off, Zaccagnini said that he would like to be rehired should the company’s need for drivers change. The vice president told Zaccagnini that if Levy needed drivers in the future, he would rehire Zaccagnini. A few months later, Levy’s business improved and the company hired four new drivers. All of the drivers were in their 30’s.

On appeal, the Seventh Circuit reversed the trial court and reinstated Zaccagnini’s lawsuit. At the outset of its opinion, the Seventh Circuit observed that Levy “from the beginning” explained its “decision not to rehire Zaccagnini by the existence of a company policy not to rehire drivers who were laid off.” That reason, the appellate court explained, is significant because “the consistency of the explanation provided by an employer at the time of an employment decision and in an administrative proceeding is evidence of the veracity of the employer’s explanation” at later stages of the litigation. The appellate court found that Levy’s reliance on its explanation that Zaccagnini was not rehired because he was not referred by the union “beginning at such a late date in the proceedings” was “fishy,” “suspicious,” and “calls into question” Levy’s proffered explanation for the decision. Thus, the appellate court concluded that a jury could reasonably find that Levy’s “failure to come forward with its explanation earlier makes it not credible.” If a jury found Levy’s explanation unworthy of credence, the Seventh Circuit pointed out, the jury was permitted to find that Zaccagnini’s age was the real reason for Levy’s decision not to rehire him.

Based in Ocala, Florida and representing employees throughout Central Florida, we have more than fifteen years of experience representing employees who have been the victims of discrimination in the workplace. If you have been subjected to discrimination at work or have questions about an employer’s explanations for an employment decision, please contact our office for a free consultation with our Central Florida employment discrimination attorneys. Our employee rights law firm takes employment discrimination cases on a contingency fee basis. This means that there are no attorney’s fees incurred unless there is a recovery and our attorney’s fees come solely from the monetary award that you recover.