Are Discriminatory Age Remarks Evidence That An Employee Was Unlawfully Fired Because Of Age? 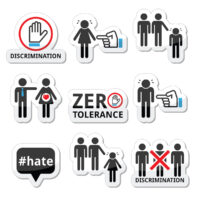 In that case, a woman named Hannon brought an age discrimination lawsuit against her former employer, Louisiana-Pacific Corporation (LPC), pursuant to the Age Discrimination in Employment Act (ADEA). The ADEA makes it an unlawful employment practice for employers to discriminate against employees on the basis of age. Hannon claims that she was fired because of her age in violation of the ADEA. Hannon was 58 years old when her employment was terminated.

Hannon claims that Depina made several comments about Hannon’s age in the roughly five months between September 2014 (when Depina became Hannon’s supervisor) and February 2015 (when Hannon’s employment was terminated). Hannon alleges that Depina referred to her as “grandma” and “little old lady.” Hannon also clams that Depina once made a comment to her that she interpreted to be a reference to post-menopausal issues. Hannon further claims that Depina once asked about her retirement plans.