Are Employees Born In The U.S. Protected Against National Origin Discrimination? 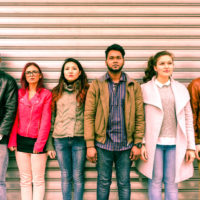 The Human Resources Manager informed Kidd that she had shown Mando’s President and Accounting Manager four separate resumes of qualified American candidates for the assistant accounting manager position, but they refused to look at the resumes and refused to even consider an American candidate for the position. Kidd further claimed that another member of the human resources department informed her that there would never be any American management in the company and there would always be Korean management. After the assistant accounting manager position was filled, Kidd began losing the supervisory duties she had assumed before the position was filled and ultimately resigned her employment. The trial court dismissed Kidd’s discriminatory failure to promote claim. On appeal, the Eleventh Circuit reversed the trial court’s ruling.