Are Employees Protected Against A Retaliatory Transfer For Complaining About Sexual Harassment? 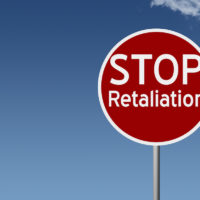 Having represented victims of retaliation for almost twenty years, our Marion County, Florida employment retaliation attorneys have learned that employers frequently punish employees who complain about sexual harassment by subjecting them to a disadvantageous transfer. Employers then defend the subsequent retaliation lawsuit by claiming that the employee did not suffer an adverse employment action because the transfer did involve a demotion or pay decrease. In other words, employers contend that the employee’s retaliation lawsuit is baseless because the transfer amounts to nothing more than a “trivial harm.” A recent decision by the U.S. Sixth Circuit Court of Appeals in Mys v. Michigan Department of State Police, No. 17-1445 (6th Cir. Mar. 28, 2018) demonstrates that a transfer can constitute an adverse employment action even when the transfer does not involve a demotion or pay decrease.

Transferred For Complaining About Sexual Harassment

In that case, Linda Mys (Mys) claimed that her former employer, the Michigan Department of State Police (Department), retaliated against for complaining about sexual harassment in violation of Title VII of the Civil Rights Act of 1964 (Title VII). Mys began working for the Department in 1987. In 1999, Mys was promoted to sergeant and began working at the Department’s post in Newaygo, Michigan. Mys subsequently bought a home in Sand Lake, Michigan, which is 15 miles form the Newaygo post.

In 2005, Mys alleged that she was subjected to unwanted sexual advances by a fellow officer named Miller. Mys alleged that the unwanted sexual behavior culminated in June of that year when Miller showed up uninvited to her house and sexually assaulted her. After Mys made a sexual harassment complaint, the Department conducted an internal investigation which deemed Mys’ allegations “nonsustained,” meaning that the available evidence neither confirmed nor dispelled them. As a result, the Department took no action against Miller. In 2007, Mys made another sexual harassment complaint against Miller. The Department’s internal investigation determined that her allegations were “unfounded.”

A captain named Gorski participated in and recommended the outcome of both internal investigations initiated by Mys’ complaints. Before the second investigation’s results had been finalized, Gorski requested Mys’ transfer to a different post. In requesting her transfer, Gorski specifically referred to Mys’ sexual harassment complaints and alleged that Mys “is detrimental to the continued effective operation of the post and has lost her credibility.” Despite Mys’ allegations of sexual harassment, Gorski never considered seeking Miller’s transfer instead of Mys’ transfer.

Initially, Mys was transferred to a post in Rockford, Michigan close to her home which enabled her to care for her disabled mother. However, because there was no vacancy at that post, Mys was transferred to a post in Detroit some 180 miles from her home by a Transfer Review Board. In transferring Mys to Detroit, the Transfer Review Board rejected all of Mys preferred locations on the ground that she would be best served by a “fresh start.” Mys worked at the Detroit post for two-and-a-half years until she took an early retirement.

At the conclusion of the trial, the jury returned a verdict in favor of Mys’ on her retaliation claim. On appeal, the Department contended that the trial court should have dismissed Mys’ retaliation claim before submitting the case to the jury for resolution because Mays’ transfer did not constitute an adverse employment action for purpose of Title VII. The Sixth Circuit denied the Department’s appeal.

In ruling against the Department, the Sixth Circuit noted that “an employee’s transfer may constitute a materially adverse employment action, even in the absence of a demotion or pay decrease, so long as the particular circumstances present give rise to some level of objective intolerability.” “The long distance of the Detroit post from Mys’ home,” the Sixth Circuit reasoned, “made her transfer an adverse employment action.” In other words, even though a transfer does not involve a demotion or pay decrease, transferring an employee a “long distance” from his or her home satisfies the necessary “level of objective intolerability” to constitute an adverse employment action.

Based in Ocala, Florida and representing employees throughout Central Florida, we have almost twenty years of experience litigating employment retaliation claims. If you have been the victim of retaliation or have questions about being transferred in retaliation for complaining about discrimination or harassment in the workplace, please contact our office for a free consultation with our Marion County, Florida employment retaliation attorneys. Our employee rights law firm takes retaliation cases on a contingency fee basis. This means that there are no attorney’s fees incurred unless there is a recovery and our attorney’s fees come solely from the monetary award that you recover.