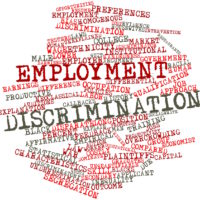 In 2018, the EEOC filed the national origin discrimination lawsuit, U.S. Equal Employment Opportunity Commission v. AMI Mechanical, Inc., Case No. 1:18-1609, in the U.S. District Court for the District of Colorado after initially attempting to reach a pre-litigation settlement through its statutorily mandated conciliation process. The EEOC brought the national origin discrimination lawsuit pursuant to Title VII of the Civil Rights Act of 1964 (Title VII) on behalf of a former employee of AMI, Joseph Muniz (Muniz).

EEOC’s Allegations Of Discrimination At Work

AMI, which is based in Thornton, Colorado, provides plumbing and mechanical contracting services. In March 2014, AMI hired Muniz to work on a project known as the Yorkshire Apartment project. AMI assigned six non-supervisory employees and one “crew lead” employee to work on the project. The “crew lead” for the project was a white man named Jones. Of the six non-supervisory employees assigned to the project, there were Hispanic and three were white.

On June 10, 2014, AMI fired Muniz. The termination report stated that Muniz “caused a lot of problems” on the Yorkshire Apartment project and was not eligible for rehire. The termination report further stated that Muniz “called OSHA [Occupational Safety and Health Administration] who did inspect and found no problems on the project.” On September 23, 2014, OSHA issued multiple citations finding that AMI violated safety and health regulations on or before June 11, 2014 at the Yorkshire Apartment project.

The EEOC is the administrative agency of the United States responsible for interpreting and enforcing federal laws prohibiting employment discrimination. In enforcing the federal anti-discrimination laws, the EEOC is authorized by federal law to bring lawsuits on behalf of victims of employment discrimination. In a press release issued by the EEOC regarding the case, a Regional Attorney for the EEOC’s Phoenix District Office, Mary Jo O’Neill, stated that under “federal law, employers cannot relegate minority workers to the most undesirable and unhealthy job duties based on race, color, or national origin.” “And when employees have the courage to report discriminatory treatment,” Ms. O’Neill added, “the EEOC will continue to vigorously protect their right to complain without retaliation.”