Are Employees Protected Against Retaliation When Giving Information During An Investigation Into Sexual Harassment? 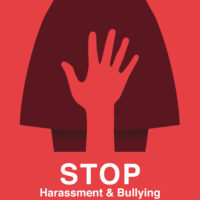 In that case, Mekeva Tennort (Tennort) filed a retaliation lawsuit pursuant to Title VII against Rite Way Service, Inc. (Rite Way). During her employment with Rite Way, Tennort witnessed two separate incidents of sexual harassment by a supervisor against a female co-worker. The first incident involved the supervisor pretending to smack the co-worker’s rear end and saying “ohh wee.” The second incident involved the supervisor remarking about that he was looking at and admiring the co-worker’s rear end. After the second incident, the co-worker complained about the supervisor’s behavior and identified Tennort as a witness. Rite Way then began investigating her complaint. In response to Rite Way’s request, Tennort submitted a written report regarding the second incident of sexual harassment. Over the next five weeks, Tennort received two written warnings and two oral warnings for poor job performance. Shortly thereafter, Tennort was fired for “neglect of duty” and “not following direction.”

Having set forth and explained the standard governing Tennort’s retaliation claim, the Fifth Circuit concluded that it was for a jury to decide whether “Tennort could have reasonably believed that the behavior about which she chose to speak violated Title VII.” The Fifth Circuit further determined that Tennort had produced sufficient evidence to establish that she was fired in retaliation for making the written report about the supervisor’s sexual behavior. As evidence of Rite Way’s retaliatory motive, the Fifth Circuit pointed to evidence showing that Tennort was fired shortly after making her written report, Tennort did not become an alleged problem employee until she spoke out about the supervisor’s behavior, and the management employee who took her written statement warned Tennort “you know what they do to people who do stuff like this.”

We have extensive experience representing employees who have been retaliated against for complaining about discrimination or harassment in the workplace. If you have been retaliated against, or have questions about your rights when providing information as part of a company’s internal investigation into allegations of discrimination or harassment, please contact our office for a free consultation.