Are Employees Protected From Discrimination Based On Perceived Sexual Orientation? 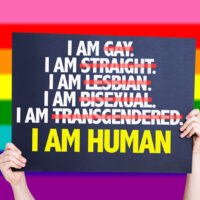 In that case, Jason Johnson (Johnson) brought an employment discrimination lawsuit against his employer, City of New York (the City) pursuant to Title VII. Johnson claims that the City violated Title VII by transferring him to a less advantageous position on the basis of his perceived sexual orientation.

In 2007, Johnson joined the New York City Fire Department (NYFD). In January 2016, Johnson joined the Special Operations Command (SOC). The SOC, according to Johnson, is an “elite division of the NYFD that trains its members to conduct complex rescues and guarantees a 12% pay raise.” Johnson alleges that the City has a de facto policy and practice of allowing SOC captains to choose squad members.

Harassed Based On Perceived Sexual Orientation

After he joined the SOC, Johnson claims that he was targeted for harassment by his SOC squad members on the basis of his perceived sexual orientation, including being subjected to homophobic messages and comments. Johnson gives the example of a photo-shopped image of him changing with a thought bubble reading “hey boys” added, which was sent to a squad group chat. On another occasion, SOC squad members allegedly manipulated a video that was sent to a group chat of him in front of a rainbow flag with the caption “now we have official confirmation that he is gay.” Later, squad members sent a gif of Richard Simmons with the caption “it’s your birthday and you’re a homo.” Johnson also claims that his fellow SOC squad members would make homophobic remarks about his food choices, such as “only gay guys would order a salad.”

In March 2017, Johnson alleges that he was called in the office of his Captain, a man named Smith. Johnson contends that Smith told him that he “needed improvement” and was “failing to retain information.” Smith went on to day that it was not working out for Johnson at SOC and that “my guys don’t feel comfortable with you.” Johnson alleges that Smith told him to write a letter requesting a transfer from the squad and if he did not do so, Smith would make his life a “living hell.” The next day, according to Johnson, a chief in his battalion sent an email ending his detail to SOC effective one week later. Despite the email, Johnson alleges that he still signed a letter like the one described by Smith, which was drafted by a lieutenant in the company.

Discrimination Based On Perceived Sexual Orientation

The City filed a motion with the trial court seeking dismissal of Johnson’s discriminatory transfer claim. The trial court denied the motion and ruled that Johnson had alleged sufficient facts to establish that his transfer from the SOC was “at least due in part to discrimination on the basis of perceived sexual orientation.” The trial court pointed out that Johnson alleges that Smith said he wanted Smith to leave SOC because “my guys don’t feel comfortable with you.” Johnson’s allegations that he was subjected to homophobic messages and comments by SOC squad members, the trial court explained, established that the “principle source of his co-workers’ discomfort with him came from his perceived sexual orientation.” In other words, the trial court observed, the real reason SOC squad members did not “feel comfortable” with Johnson was “because they believed he was gay.” “If Smith decided that [Johnson] should leave SOC in part because of what he knew to be the homophobic ‘discomfort’ of other firefighters,” the trial court concluded, “this would of course violate Title VII.”