Are Employees Protected From Retaliation When Asserting Their Rights To Overtime Pay? 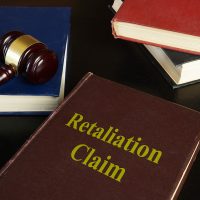 In that case, a woman named Sondesky brought a retaliation lawsuit against her former employer, Cherry Scaffolding, Inc. (Cherry Scaffolding), under the Fair Labor Standards act (FLSA). The FLSA requires employers to pay non-exempt employees time-and-a half for each hour worked in excess of forty hours during any given workweek. To secure access to the rights afforded by the FLSA, the FLSA contains an anti-retaliation provision. Under the FLSA’s anti-retaliation provision, employers are forbidden from retaliating against employees who engage in statutorily protected activity under the FLSA, including complaining about unpaid overtime compensation and asserting their rights to overtime compensation. Sondesky claims that Cherry Scaffolding unlawfully retaliated against her in violation of the FLSA because she asserted her rights to overtime compensation.

Sondesky worked as a bookkeeper for Cherry Scaffolding from October 2015 until March 2016. Sondesky testified that early in her employment, she had a telephone conversation with the president of Cherry Scaffolding, a man named Ellis, in which they agreed that the office was a “mess,” and that it would take Sondesky overtime hours to get “all of this straightened out.” Sondesky testified that Ellis agreed to her additional overtime hours during this conversation, and that she proceeded to submit weekly time-sheets reflecting her overtime hours and ultimately paid herself overtime.

On appeal before the Third Circuit, Cherry Scaffolding maintained that it was entitled to a judgment notwithstanding the jury’s verdict on Sondesky’s retaliation claim because the evidence at trial was insufficient to establish that (1) Sondesky engaged in statutorily protected activity under the FLSA, and (2) a causal connection existed between Sondesky’s purported statutorily protected activity under the FLSA and the small claims court action. The Third Circuit rejected Cherry Scaffolding’s arguments and upheld the jury verdict in favor of Sondesky.

The Third Circuit explained that “to fall within the scope of the FLSA’s retaliation provision, a complaint must be sufficiently clear and detailed for a reasonable employer to understand it, in light of both content and context, as an assertion of rights protected by [the FLSA] and call for their protection.” “Oral complaints,” the appellate court noted,” meet this standard.” In applying this principle, the court of appeals found that Sondesky asserted her rights to overtime pay and engaged in statutorily protected activity under the FLSA based on her telephone conversation with Ellis asking for overtime wages and sending Ellis a weekly breakdown of payroll time-sheets that clearly indicated her overtime hours.

The Third Circuit also found there was sufficient evidence to establish a causal connection between Sondesky’s statutorily protected activity under the FLSA and the small claims court action because “Ellis testified that once he learned Sondesky had paid herself overtime, he pursued the action in small claims court.” “This is sufficient,” the appellate court reasoned, “for a jury to find a causal connection between Sondesky’s protected activity—a complaint for overtime pay—and the small claims [court] action against her.”

One of the most important decisions that workplace retaliation victims must make is deciding which employment lawyers to consult with regarding their legal rights. At our employment law firm, an experienced employment attorney will speak with you personally and you will receive the individualized attention your case deserves. We offer free confidential case evaluations and you will never have to pay to speak with our employment lawyers regarding your employee rights. We are available for consultation at your convenience and are able to schedule telephone consultations for evenings and weekends.

Based in Ocala, Florida and representing workers throughout Central Florida, our Marion County, Florida workplace retaliation lawyers have litigated retaliation lawsuits in Florida courts for more than twenty years. If you have been retaliated against for asserting your rights to overtime pay or have questions about whether you have been unlawfully retaliated against for exercising your employee rights, please contact our office for a free consultation with our Ocala, Florida workplace retaliation attorneys. Our employee rights law firm takes workplace retaliation cases on a contingency fee basis. This means that there are no attorney’s fees incurred unless there is a recovery and our attorney’s fees come solely from the monetary award that you recover.