Are Employees Protected From Retaliation When Complaining About Sex Discrimination In Pay? 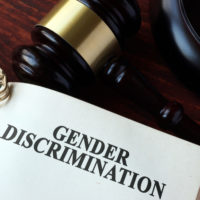 Title VII of the Civil Rights Act of 1964 (Title VII) prohibits discrimination in compensation against employees on the basis of sex. Title VII also protects employees from retaliation for complaining about sex discrimination in compensation. The U.S. Eighth Circuit Court of Appeals decision in Donathan v. Oakley Grain, Inc., No. 15-3508 (8th Cir. June 28, 2017) illustrates that employers are prohibited from retaliating against employees who complain about unequal pay on the basis of sex.

Oakley Grain asserted that the employees, including Donathan, were laid off because of an alleged “lack of work” caused by “a seasonal downturn in grain intake.” On February 3, 2014, Oakley Grain purportedly received a “surprise” grain order and hired back the three temporary workers. That same day, Oakley Grain also hired a replacement for Donathan. The employee who replaced Donathan remained continuously employed by Oakley Grain at least through July 27, 2015. During her almost four-year term of employment, Oakley Grain had never laid off Donathan because of a lack of work or a work slowdown.

The trial court dismissed Donathan’s sex discrimination and retaliation claims. The trial court concluded that a jury would have to believe Oakley Grain’s story that Donathan was laid off because of “lack of work” and the other laid off employees were hired back because of the alleged “surprise” grain order. On appeal, the Eighth Circuit reinstated Donathan’s retaliation claim and determined that it was for a jury to decide whether Donathan was fired in retaliation for complaining about unequal pay based on her sex.

Jury Could Find Employer Was Dissembling To Hide Retaliatory Motive

Unlike the trial court, which impermissibly usurped the jury’s role by weighing the evidence and deciding the case, the Eighth Circuit found that Donathan had produced sufficient evidence to enable a jury to reject Oakley Grain’s version of events. The appellate court noted that the delay of a mere eight days from the day when Donathan complained about sex discrimination until the day Donathan was laid off was “strong evidence” of retaliation. The appellate also found that a jury could reject Oakley Grain’s rationale for Donathan’s purported lay off because Oakley Grain hired an employee to fill Donathan’s position the very next working day. Although the replacement was allegedly hired because of a “surprise” grain order, the replacement nonetheless remained in Donathan’s position for at least another eighteen months. This evidence, the appellate court concluded, could enable a jury to “easily conclude” that Oakley Grain “terminated Donathan in retaliation for her complaint and did so under the auspices of eliminating a position out of economic necessity all the while harboring the intent to keep her position continuously filled.”