Are Employees Protected From Retaliation When Refusing To Discriminate In Employment Decisions? 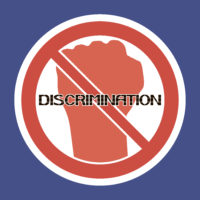 After the parties conducted discovery, Park Place filed a motion asking the trial court to dismiss Dailey’s Title VII retaliation claim and find that Dailey was not allowed to bring his Title VII retaliation claim to trial for resolution by a jury. In resolving Park Place’s motion for dismissal, a threshold issue before the trial court was whether Dailey was protected from retaliation by Title VII for refusing to discriminate on the basis of race in employment decisions. The trial court concluded that Dailey was protected from retaliation by Title VII “when he opposed [the owner’s] directions not to hire any more black employees.”The trial court reasoned that “[o]pposing an unlawful employment practice is protected conduct” under Title VII and “[s]uch opposition may include a refusal to implement a discriminatory policy, e.g., a racially motivated decision to terminate a black employee.”

The trial court also found that Dailey established a causal connection between his opposition to the owner’s instructions not to hire any more African-American employees and his termination. The trial court pointed out that the owner reprimanded Dailey for hiring a new African-American employee on the day he fired Dailey. The close timing between Dailey’s reprimand for opposing the owner’s discriminatory employment practices and Dailey’s termination was sufficient to establish the requisite causal connection between Dailey’s opposition and Dailey’s termination. The trial court further determined that Dailey had presented evidence that Park Place’s proffered reason for his termination was a pretext for retaliation. The trial court noted that Park Place had presented no documentary evidence, such as reprimands or warnings, in support of its position that Dailey was an ineffective manager and Dailey was fired almost immediately after being reprimanded by the owner for hiring a new African-American employee. Thus, the trial court denied Park Place’s motion to dismiss Dailey’s Title VII retaliation claim and ruled that Dailey was entitled to present his Title VII retaliation claim to a jury for resolution.

The decision in Dailey establishes that employees are protected from retaliation for refusing to discriminate in employment decisions, such as refusing to follow directions not to hire individuals or to terminate individuals on the basis of race, national origin, sex, pregnancy, religion, disability, or age. As explained by the U.S. Ninth Circuit Court of Appeals in Moyo v. Gomez, 32 F.3d 1382 (9th Cir. 1994), “requiring an employee to discriminate is itself an unlawful employment practice.” As the Dailey court also found that Dailey was entitled to present his claim that he was discharged on the basis of race in violation of Title VII to a jury for resolution, the decision in Dailey further demonstrates that when an employee is directed to discriminate in employment decisions regarding other employees, the employee can use those directions as evidence that the employee was discriminated against with respect to employment decisions regarding him or her.

We have extensive experience representing employees who have been retaliated against for complaining about discrimination or harassment in the workplace. If you have been retaliated against, or have questions about discrimination or harassment towards you or other employees in the workplace, please contact our office for a free consultation.