Are Employees Protected From Retaliation When Reporting Harassment Towards Other Employees? 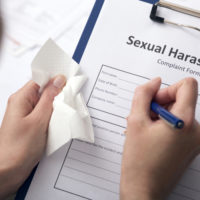 Employee Reports Racial Harassment Against Others

Shortly after the complaints were made, Sayger, Turney, and Bennett were all terminated. Turney and Bennett filed a retaliation lawsuit against Riceland and prevailed in a jury trial. In his case against Riceland, Sayger claimed that Riceland violated § 1981 by firing him in retaliation for opposing the supervisor’s racially harassing behavior in the workplace. The jury returned a verdict for Sayger on his § 1981, awarding him $30,000 in compensatory damages and $30,608 in back pay. On appeal, Riceland argued that Sayger’s retaliation claim should have been dismissed by the trial court and never been submitted to a jury for resolution because Sayger’s conduct in serving as a witness in the internal investigation did not come within the scope of § 1981’s protection against retaliation.

On appeal, Riceland also argued that Sayger’s retaliation claim should have been dismissed by the trial court and never been submitted to a jury for resolution because Sayger failed to establish a causal connection between his opposition to the supervisor’s racially harassing behavior and his termination. In rejecting this argument, the Eighth Circuit found that Sayger had “presented sufficient evidence of causation for a jury to find that he would not have been dismissed had he not served as a witness.” The appellate court pointed to evidence showing that the supervisor made statements about “troublemakers” being gone from Riceland and the same managers who defended the supervisor or failed to investigate the complaints were involved in the decisions to fire Turney, Bennett, and Sayger. The Eighth Circuit further explained that “the evidence shows that Riceland viewed the complaints about [the supervisor] as a greater problem than his own behavior.”

Protection From Retaliation For Speaking Up

We have extensive experience representing employees who have been retaliated against for opposing discrimination or harassment in the workplace. If you have been retaliated against, or have questions about participating as a witness in an employer’s internal investigation into allegations of discrimination or harassment, please contact our office for a free consultation.