Are Employees Protected From Retaliation When Turning Over Documents Reflecting Employer Age Discrimination To A Lawyer? 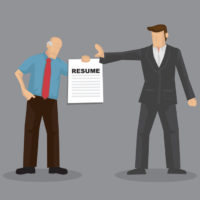 Employment discrimination laws, such as Title VII of the Civil Rights Act of 1964 (Title VII), the Americans with Disabilities Act (ADA), and the Age Discrimination in Employment Act (ADEA), contain anti-retaliation provisions. One anti-retaliation provision is known as the “opposition clause,” the other as the “participation clause.” The opposition clause protects employees from retaliation when they oppose any employment practice made an unlawful employment practice by Title VII, the ADA, or the ADEA. Although they do not have to prove that the underlying conduct they opposed was actually unlawful discrimination, employees who seek protection under the opposition clause must have a good faith, reasonable belief that their employer has engaged in unlawful discrimination. In Kempcke v. Monsanto Company, 132 F.3d 442 (8th Cir. 1998), the U.S. Eighth Circuit Court of Appeals addressed the issue of whether an employee who turns over company documents reflecting age discrimination to a lawyer engaged in protected conduct under the ADEA’s opposition clause.

In that case, Darrell Kempcke (Kempcke) alleged that he was discriminated and retaliated against by Monsanto Company (Monsanto) in violation of the ADEA. On three occasions, Kempcke was denied promotion to manager positions. The proffered explanation for the failure to promote Kempcke was that Monsanto reserved the positions for “young promotables.” In early 1993, Monsanto assigned Kempcke to a personal computer used by Bud Garrison (Garrison), a high-raking human resources officer. While deleting files from the computer’s hard drive, Kempcke discovered two files that led to his ADEA lawsuit. One was a June 1991 letter between two Monsanto employees addressing the need to find opportunities for promising young employees. Another was an “Organization Upgrade Plan” for the Global Operations Division, authored by Garrison.

Garrison’s Upgrade Plan proposed a reduction in the number of Division managers through reassignment, retirement, and outplacement. It broke the fifty managers down into four categories: “must keep,” “want to keep,” “close calls,” and “remove from position.” Kempcke was classified in the “close calls” category. All fifteen of the managers in the “close calls” and “remove from position” categories were at least forty years old. By the time Kempcke found the Upgrade Plan, three of the fifteen managers had been “downgraded” and six were “on their way out.” By August 1996, all fifteen had left the company or been demoted.

Kempcke confronted Garrison about the Upgrade Plan and asked, “does this mean I don’t have a job or a future here?” Unsatisfied with Garrison’s non-answer, Kempcke then complained to his supervisor that the Upgrade Plan reflected age discrimination. The supervisor instructed Kempcke to return all documents found on the computer. Kempcke replied that Monsanto should address that issue with his attorney. The supervisor then issued a memorandum stating that Kempcke would be fired unless he returned the documents by a specific date. The supervisor fired Kempcke when he failed to turn the documents over by the deadline.

On appeal, the Eighth Circuit framed the threshold question before it as whether Kempcke engaged in protected opposition activity when “delivered arguably incriminating company documents to his attorney and then told Monsanto to contact his attorney for return of the documents, instead of complying with Monsanto’s demand to return the documents himself. In resolving this issue, the appellate court explained that a reasonable jury could find that Kempcke had a good faith, reasonable belief that the documents found in his computer “revealed an ongoing Monsanto plan to weed out senior managers, including Kempcke, at least partially because of their ages.” The appellate court also observed that Kempcke engaged in protected opposition activity when he complained to his supervisor that the Upgrade Plan reflected age discrimination. The appellate court found that in turning the documents over to his attorney and telling his supervisor to deal with his attorney on the question of whether the documents would be returned, Kempcke engaged in oppositional activity “because it placed documents that might evidence discrimination in the hands of a legal professional who would litigate the issue on Kempcke’s behalf if he could not resolve the matter informally with Monsanto.” Thus, the appellate court concluded, “[a]n employee with a good faith reason to believe his employer is engaged in age discrimination has a legitimate interest in preserving evidence of his employer’s unlawful employment practices.”

After finding that Kempcke engaged in protected opposition activity by turning the documents over to his lawyer, the Eighth Circuit addressed the issue of whether Kempcke’s refusal to return the documents was “so disruptive, excessive, or generally inimical to the employer’s interests as to be beyond the protection of opposition activity. The appellate court found that “when documents have been innocently acquired and not subsequently misused, there has not been the kind of employee misconduct that would justify withdrawing” the employee’s protection against retaliation. The appellate court further explained that although insubordination is “ordinarily” a legitimate, non-retaliatory reason for an employee’s discharge, “when the insubordination consists of refusing to cease what a jury could find to be reasonable ADEA protected activity,” it is improper for a trial court to dismiss the retaliation claim and take the case from the jury. Rather, the Eighth Circuit reasoned, it was for the jury to decide whether Monsanto unlawfully retaliated against Kempcke for delivering the documents to this attorney and telling Monsanto to deal with his attorney regarding their return.