Are Employees Protected From Sexual Harassment For Refusing To Date A Customer? 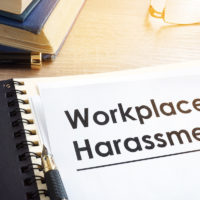 Title VII of the Civil Rights Act of 1964 (Title VII) prohibits sexual harassment that creates a hostile work environment. This happens when the workplace is permeated with discriminatory intimidation, ridicule, and insult that is sufficiently severe or pervasive to alter the conditions of the victim’s employment and create an abusive working environment.

In that case, Tyanne Davenport (Davenport) brought a sexual harassment claim against her former employer, Edward Jones & Company (Edward Jones) pursuant to Title VII. Davenport was employed by Edward Jones as a branch office administrator. In this position, Davenport was supervised by an employee named Coyne. Davenport claimed that Coyne created a volatile workplace atmosphere. Davenport alleged that Coyne insulted and shouted at her on several occasions, and he used profanity to describe her personality and performance.

Eventually, Coyne’s comments towards Davenport became sexual in nature. After learning that a potential wealthy client was interested in dating Davenport, Coyne told Davenport that she should “date” the potential client named Fisher in exchange for “big bonuses.” Davenport replied that she had a boyfriend and was not interested in dating Fisher. Coyne repeated his offer approximately three more times within thirty days, but Davenport never dated Fisher.

Shortly after making his offer to her, Coyne completed Davenport’s annual performance review. Coyne rated Davenport as “exceeding expectations,” and he recommended that she receive a 4% salary increase. However, Davenport did not receive a bonus. Later than month, during a meeting with Coyne, Fisher, and another Edward Jones employee, Davenport said that Fisher should switch his account to Coyne’s office. Coyne then, in front of Fisher, said to Davenport that “maybe we can get some nudie pictures of you . . . that might entice him.” The following day, Davenport complained to upper management about the “nude picture” incident. Ultimately, Davenport was granted an extended leave of absence and formally resigned from Edward Jones about three months later.

Supervisor Was The Sexual Harasser

On appeal, the Fifth Circuit affirmed the dismissal of Davenport’s sexual harassment claim, but rejected the trial court’s legal conclusion that Title VII does not prohibit sexual harassment based on a supervisor’s request that an employee date a customer in exchange for job benefits. The appellate court explained that because “Coyne conditioned the receipt of ‘big bonuses’ upon Davenport’s submission to his requests that she date Fisher,” Coyne was the person who “engaged in the sexual harassment, not Fisher.” “It is of no consequence,” the Fifth Circuit determined, “that a third party was to be the beneficiary—Coyne was the harasser.”

Having found that Coyne engaged in prohibited quid pro quo sexual harassment by “repeatedly asking Davenport to engage in a romantic relationship with Fisher so that Coyne could obtain Fisher’s business,” the Fifth Circuit then addressed the issue of whether Davenport was denied a bonus for refusing to date Fisher. In other words, did Coyne’s acts of sexual harassment culminate in the taking of a tangible employment action against Davenport which economically harmed her for refusing to submit to Coyne’s requests that she date Fisher? On this issue, the appellate found that Davenport produced no evidence that she was eligible for or scheduled to receive a bonus during the time period that Coyne conditioned the receipt of “big bonuses” on her submission to his requests that she date Fisher. In the absence of such evidence, the court of appeals concluded, Davenport could not prove that she was denied a bonus because she refused to date Fisher. Without evidence that Coyne inflicted direct economic harm against her for refusing his requests that she date Fisher, the Fifth Circuit found that Davenport could not establish that Coyne’s sexual remarks were sufficiently severe or pervasive to create a hostile work environment and, therefore, affirmed the trial court’s dismissal of Davenport’s sexual harassment claim.

Based in Ocala, Florida and representing employees throughout Central Florida, we have almost twenty years of experience fighting for employees who have been the victims of hostile work environment sexual harassment in the workplace. If you have been the victim of sexual harassment or have questions about your protection against having to engage in a romantic or sexual relationship with a customer, please contact our office for a free consultation with our Alachua County, Florida sexual harassment attorneys. Our employee rights law firm takes sexual harassment cases on a contingency fee basis. This means that there are no attorney’s fees incurred unless there is a recovery and our attorney’s fees come solely from the monetary award that you recover.