Are Employees Protected From Threats Of Discharge In Retaliation For Complaining About Discrimination? 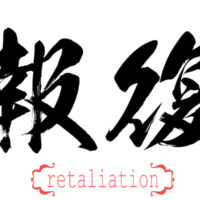 Under well-established law, retaliatory harassment that is sufficiently severe or pervasive to alter the conditions of the victim’s employment and create a hostile work environment violates federal employment discrimination laws. The recent decision by the U.S. First Circuit Court of Appeals in Rivera-Rivera v. Medina & Medina, Inc., No. 17-1191 (1st Cir. Aug. 1, 2018) is instructive in showing that just as employers may be held liable for discrimination if they tolerate a sex-based or age-based hostile work environment, employers may also be held liable for retaliation if they tolerate harassment motivated by an employee’s discrimination complaint.

In that case, Martina Rivera-Rivera (Rivera) brought an action against her former employer, Medina & Medina, Inc. (Medina), claiming that she was subjected to age-based and retaliation-based hostile work environment harassment in violation of the ADEA and Title VII. Rivera was employed as a marketing manager and forty-six years old when hired by Medina. Rivera alleged that throughout her employment she was paid less than male employees for comparable work.

After working for Medina for some five years, Rivera asserted that she began to endure age-based harassment from her supervisors on a near-daily basis. Rivera claimed that the age-based abuse included telling her that she was “old,” “useless,” “worthless,” “slow,” and in need of “social security benefits.” Rivera further alleged that the age-based abuse included yelling, screaming, and physically threatening gestures. While on sick leave because of stress from the harassment, Rivera filed a charge of discrimination with the U.S. Equal Employment Opportunity Commission (EEOC) claiming age and sex discrimination.

When she returned to work from sick leave, Rivera alleged that she was constantly threatened with termination in retaliation for having filed a charge of discrimination with the EEOC. Rivera claimed that on one occasion a supervisor “screamed and shouted” at her, and “intimidated” her by saying that she was “going to be discharged due to the discrimination charges filed.” Because of the retaliatory harassment, Rivera took another sick leave. When she returned to work, Rivera was “immediately” threatened with termination and screamed at “due to the discrimination charge filed.” After one month of abuse, Rivera resigned her employment.

Based in Ocala, Florida and representing employees throughout Central Florida, we have extensive experience representing employees who have been retaliated against for complaining about workplace discrimination. If you have been subjected to retaliation for complaining about discrimination or have questions about a retaliation-based hostile work environment, please contact our office for a free consultation with our Marion County, Florida employment retaliation discrimination lawyers. Our employee rights law firm takes employment retaliation cases on a contingency fee basis. This means that there are no attorney’s fees incurred unless there is a recovery and our attorney’s fees come solely from the monetary award that you recover.