Are Employees Who Complain About Age Discrimination In Layoffs Protected From Retaliation? 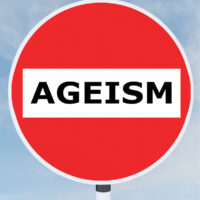 Having fought for the rights of employees for almost twenty years, our Alachua County, Florida unlawful termination lawyers know that employers frequently target older workers for layoff. Under the Age Discrimination in Employment Act (ADEA), employees are protected from being laid off because of their age. Although the ADEA was passed more than fifty years ago, older workers continue to face systemic discrimination when employers begin the process of laying off employees. When older workers believe they were selected for layoff because of their age and complain about perceived age discrimination, the ADEA protects them from retaliation. The ADEA’s anti-retaliation provision means that employers cannot refuse to recall employees who have been laid off because they complained about age discrimination. A retaliation lawsuit recently filed by the U.S. Equal Employment Opportunity Commission (EEOC) illustrates the broad scope of protection employees have against retaliation under the ADEA.

Older Worker Claims He Was Targeted For Layoff

The EEOC filed the retaliation lawsuit, U.S. Equal Employment Opportunity Commission v. Waterford School District, Case No. 2:18-cv-11015, in the U.S. District Court for the Eastern District of Michigan after initially attempting to reach a pre-litigation settlement through its statutorily mandated conciliation process. The EEOC brought the retaliation lawsuit pursuant to the ADEA on behalf of an employee of the Waterford School District (WSD), Michael Erskine (Erskine). The EEOC claims that the WSD retaliated against Erskine by failing to recall him after Erskine complained that he was laid off because of his age.

The WSD is a school district in Waterford, Michigan. In 1995, Erskine began working for the WSD as a full-time social studies teacher at Waterford Mott High School. During his employment tenure, Erskine received favorable performance reviews. In June 2015, the WSD laid Erskine off due to declining enrollment. In October 2015, after the school year began, the WSD recalled Erskine to a part-time position rather than return him to his previously held full-time position teaching social studies.

Because Erskine believed that he was selected for layoff based on his age and was aware of several other older teachers who were also laid off, Erskine filed a charge of discrimination with the EEOC in November 2015 claiming unlawful age discrimination. In May 2016, towards the end of the school years, the WSD gave Erskine a performance evaluation that was substantially lower than any of his previous performance evaluations. In June 2016, immediately after the school year ended, the WSD laid Erskine off again.

After Erskine filed a charge of discrimination with the EEOC, the WSD engaged in employment practices reflecting that it could have recalled Erskine. In particular, the WSD had recalled teachers, had teachers working overtime, and had hired teachers, including a full-time social studies teacher. However, the WSD never recalled Erskine. The EEOC claims that the WSD failed to recall Erskine and subjected him to a negative performance review in retaliation for filing a charge of discrimination with the EEOC alleging that he was selected for layoff because of his age.

In a press release issued by the EEOC on September 20, 2019, the EEOC announced that it has entered into a Consent Decree with the WSD to resolve the retaliation lawsuit. In the Consent Decree settling the lawsuit, which was signed by U.S. District Court Judge Paul D. Borman, on September 18, 2019, the WSD agreed to pay Erskine $107,000 to resolve the retaliation case. In the Consent Decree, the EEOC also required the WSD to provide mandatory training to all of its superintendents, assistant superintendents, humans resources personnel, principals, and assistant principals on the requirements of the ADEA, including the ADEA’s anti-retaliation provisions.

The EEOC is the administrative agency of the United States responsible for interpreting and enforcing federal laws prohibiting employment discrimination, harassment, and retaliation. In enforcing the federal anti-discrimination laws, the EEOC is also authorized by federal law to bring lawsuits on behalf of victims of employment retaliation. In a press release issued by the EEOC regarding the case, a trial attorney for the EEOC, Nedra Campbell, explained that “[f]ederal law expressly prohibits employers from retaliating against employees for filing an EEOC charge [of discrimination].”

Based in Ocala, Florida and representing employees throughout Central Florida, our Alachua County, Florida unlawful termination attorneys have represented victims of abusive and unfair employment practices for almost twenty years. If you have been wrongfully fired or have questions about your protection against retaliation under the federal anti-discrimination laws, please contact our office for a free consultation with our Alachua County, Florida unlawful discharge lawyers. Our employment and labor law attorneys take unlawful termination cases on a contingency fee basis. This means that there are no attorney’s fees incurred unless there is a recovery and our attorney’s fees come solely from the monetary award that you recover.