Are Employees Who Complain About Harassment Based On An Interracial Relationship Protected From Retaliation? 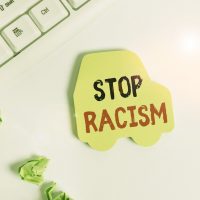 In Kengerski a man named Kengerski brought a retaliation claim against his former employer, Allegheny County, pursuant to Title VII. Title VII protects employees from retaliation when they complain about perceived racial discrimination or harassment in the workplace. Kengerski contends that Allegheny County violated Title VII by firing him in retaliation for complaining about racially harassing behavior by his supervisor.

Kengerski, who is white, worked as a correctional officer at the Allegheny County Jail in Pittsburgh. On April 29, 2015, Kengerski submitted a written complaint to the jail’s warden about “harassment and inappropriate text messages” from his supervisor, McCall. Kengerski’s complaint alleged that after informing McCall that is grand-niece is biracial, McCall referred to his grand-niece as a “little monkey.” In his complaint, Kengerski also claimed that McCall sent him “inappropriate racial text messages,” which included racist images and remarks regarding African-Americans. Seven months after complaining to the jail warden, Kengerski was fired for allegedly encouraging employees to provide false testimony in an internal investigation.

In reversing the trial court, the Third Circuit also explained that claims of interracial association discrimination are “not limited to close or substantial relationships,” such as family members. Instead, the appellate court determined that “while one might expect the degree of association to correlate with the likelihood of severe or pervasive discrimination on the basis of that association, the degree of association is irrelevant to whether an [employee] is eligible for protections of Title VII in the first place.” In applying this principle, the Third Circuit determined that “employees [ ] may not be discriminated against because of their interracial relationships with distant relatives, such as a grand-niece.”