Are Employers Automatically Liable When A Supervisor Punishes An Employee For Rejecting Sexual Advances? 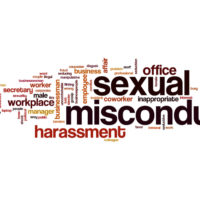 Traditionally, courts have recognized that sexual harassment in violation of Title VII of the Civil Rights Act of 1964 (Title VII) comes in two forms: quid pro quo sexual harassment and hostile work environment sexual harassment. As observed by the U.S. First Circuit Court of Appeals in Chamberlain v. 101 Realty, Inc.,915 F.2d 777, 783 (1st Cir. 1990), “[q]uid pro quo harassment [occurs] when a supervisor conditions the granting of an economic or other job benefit upon the receipt of sexual favors from a subordinate, or punishes that subordinate for refusing to comply.” However, as explained by the U.S. Eleventh Circuit Court of Appeals in Fredrick v. Sprint/United Management Co., 246 F.3d 1305 (11th Cir. 2001), the U.S. Supreme Court in Burlington Indus., Inc. v. Ellerth, 524 U.S. 742 (1998) and Faragher v. City of Boca Raton, 524 U.S. 775 (1998) “indicated that courts should no longer use the labels ‘quid pro quo’ and ‘hostile work environment’ to analyze whether an employer should be held liable for an employee’s Title VII claim concerning a supervisor’s sex-based harassment.”

Although the Supreme Court has abandoned the commonly used categories of quid pro quo and hostile work environment, the terms quid pro quo and hostile work environment are still used to describe or illustrate the particular type of sexual harassment at issue. “In a ‘quid pro quo’ case, as explained the U.S. District Court for the Southern District of New York in Frank v. Plaza Const. Corp., 186 F.Supp.2d 420 (S.D. N.Y. 2002), “the court must determine whether the tangible employment action suffered by the victim resulted from her acceptance or rejection of the supervisor’s alleged sexual harassment.” When a supervisor engages in quid pro quo harassment and the supervisor subjects the victim to a tangible employment action, such as termination, for rejecting the sexual advances or refusing to comply with sexual demands, then employer is automatically liable for the supervisor’s sexually harassing behavior.

Employee Claims She Was Fired For Not Responding to Sexual Advances

In that case, Xiaoyan Tang (Tang), who is Chinese, brought claims for sexual harassment and retaliation under Title VII against Citizens Bank, N.A. (Citizens). Tang began working for Citizens in 2007. In May 2010, Tang became a portfolio manager in the Technology Banking Group. In July 2010, Tang met with her supervisor for a semi-annual performance evaluation. During the meeting, the supervisor expressed his views that Asian women are obedient and brought up that he had two live-in Thai house girls at his home. The supervisor said that the Thai house girls did not wear sufficiently revealing swimsuits and asked Tang what type of swimsuit she preferred. The supervisor also asked Tang what type of men she preferred and which dating websites she used. The supervisor also discussed Tang’s immigration status, stating that “he had great control over” her immigration status and future career at Citizens. During the meeting, the supervisor made references to Tang’s buttocks, gestured at her “private area” and made obscene gestures with his hands.

In February 2011, Tang made a complaint to the human resources hotline about the supervisor’s behavior. In March 2011, a human resources representative issued an investigation summary finding that Tang’s “allegations were unsubstantiated.” In May 2011, Tang received her final written warning from her supervisor stating that she failed to show improvement since her initial performance improvement plan. In June 2011, Citizens fired Tang for allegedly making a “material mistake” in violation of her final written warning. The trial court dismissed Tang’s sexual harassment and retaliation claims. On appeal, the First Circuit reversed the trial court’s ruling and reinstated Tang’s sexual harassment and retaliation claims.