Are Employers Prohibited From Retaliating Against A Complaining Employee’s Family Member? 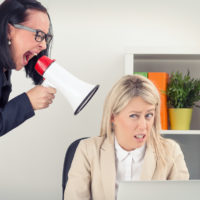 Under Title VII of the Civil Rights Act of 1964 (Title VII), employees are protected from discrimination on the basis of race, color, national origin, sex, and religion. When Congress enacted Title VII, it also created a cause of action for retaliation. Having represented victims of employment retaliation for almost twenty years, our Alachua County, Florida employment retaliation attorneys have learned that employers often punish employees who complain about discrimination by targeting employees who are closely related to or associated with the complaining employee for retaliation. In doing so, employers want to discourage employees from making discrimination complaints because of fear of retaliation against them or third-parties associated with them.

In its Compliance Manual, the U.S. Equal Employment Opportunity Commission (EEOC), the federal agency that administers Title VII, states that Title VII “prohibit[s] retaliation against someone so closely related to or associated with the person [complaining about workplace discrimination] that it would discourage or prevent the person from pursuing those rights.” The EEOC’s Compliance Manual further states that such retaliation “can be challenged by both the individual who [complained about workplace discrimination] and the relative, where both are employees.” In other words, according to the EEOC, a third-party employee who is retaliated against because of the complaining employee’s actions has a cause of action under Title VII for retaliation.

However, courts did not enforce the EEOC’s interpretation of Title VII. Rather, for years courts almost uniformly held that Title VII’s anti-retaliation provision does not create a cause of action for a third-party employee who is retaliated against because of the complaining employee’s actions. In doing so, these courts concluded that Title VII only allows employees who complain about discrimination to sue for retaliation. In rejecting a third-party cause of action under Title VII, these courts speciously reasoned, as illustrated by the U.S. Third Circuit Court of Appeals in Fogleman v. Mercy Hosp., Inc., 283 F.3d 561 (3d Cir. 2002), that allowing third-parties to sue for retaliation under such circumstances would “open the door to frivolous lawsuits and interfere with an employer’s prerogative to fire at-will employees.”

In Thompson v. North America Stainless, LP, 562 U.S. 170 (2011), the U.S. Supreme Court extinguished the long line of decisions holding that Title VII does not create a cause of action for employees who are retaliated against because of the complaining employee’s actions. In that case, Eric Thompson (Thompson) claimed that his former employer, North American Stainless, LP (NAS), violated Title VII by firing him in retaliation for his fiancée’s discrimination complaint.

Thompson worked as an engineer for NAS. Thompson’s fiancée, Miriam Regalado (Regalado) was also employed by NAS. Three weeks after Regalado filed a charge of discrimination with the EEOC claiming gender discrimination, NAS fired Thompson. NAS contended that Thompson was fired for performance reasons. Thompson maintained that NAS fired him in order to retaliate against Regalado for filing a charge of discrimination with the EEOC. The U.S. Sixth Circuit Court of Appeals dismissed Thompson’s Title VII retaliation claim. In do so, the Sixth Circuit aligned itself with the long line of decisions holding that Title VII’s anti-retaliation provision does not create a cause of action for employees who have not complained about discrimination. On appeal, the Supreme Court reversed the Sixth Circuit’s decision and reinstated Thompson’s Title VII retaliation claim.

At the outset of its opinion, the Supreme Court found that the case presented two threshold questions. First, “did NAS’s firing of Thompson constitute unlawful retaliation?” Second, “if it did, does Title VII grant Thompson a cause of action?” With respect to the first question, the Court explained that Title VII’s anti-retaliation provision “prohibits any employer action that might have dissuaded a reasonable worker from making or supporting a charge of discrimination.” In applying this principle, the Court concluded that it was “obvious that a reasonable worker might be dissuaded from [complaining about discrimination] if she knew that her fiancée would be fired.” Thus, the Court concluded that NAS’s firing of Thompson constituted unlawful retaliation.

Employee Fired For Fiancée’s Complaint Can Sue For Retaliation

With regard to the second question, the Court ruled that Title VII creates a cause of action for third-party retaliation if the person aggrieved is within the “zone of interests” sought to be protected by Title VII. In applying this principle, the Court concluded that Thompson fell “within the zone of interests protected by Title VII.” The Court reasoned that “Thompson was an employee of NAS, and the purpose of Title VII is to protect employees from their employers’ unlawful actions.” Moreover, the Court pointed out, Thompson was not “an accidental victim of the retaliation—collateral damage, so to speak, of the employer’s unlawful act.” Rather, “hurting him was the unlawful act by which the employer punished [Regalado].” Consequently, Thompson could sue NAS for terminating him in retaliation for Regalado’s discrimination complaint.