Are Employment Decisions Based On Stereotypes Associated With Pregnancy Evidence Of Pregnancy Discrimination? 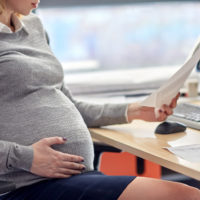 Having fought for the rights of pregnant employees for nearly twenty years, our Citrus County, Florida pregnancy discrimination lawyers have learned that employers frequently make employment decision based on stereotypes associated with pregnancy, including stereotypes about pregnant employees’ job commitment, physical ability to do the work, work attendance, or need for leave. In Price Waterhouse v. Hopkins, 490 U.S. 228 (1989), the U.S. Supreme Court ruled that Title VII prohibits employers from making employment decisions based on gender stereotypes and explained that “we are beyond the day when an employer could evaluate employees by assuming or insisting that they matched the stereotypes associated with their group[.]” The decision by the U.S. First Circuit Court of Appeals in Troy v. Bay State Computer Group, Inc., 141 F.3d 378 (1st Cir. 1998) is instructive in showing that Title VII’s prohibition against gender stereotyping applies with equal force to employment decisions based on stereotypes associated with pregnancy.

Employee Fired After Missing Work Because Of Pregnancy

In that case, Alexandra Troy (Troy) claimed that her former employer, Bay State Computer Group, Inc. (Bay State), fired her on the basis of pregnancy in violation of the PDA. One month after she was hired and was still a probationary employee, Troy’s doctor told her that she was pregnant and would require a brief hospitalization. As a result, Troy missed two days from work. When she returned to work, Troy’s supervisor asked her about her plans. Troy told the supervisor that she intended to work until the baby was born, take maternity leave, and then return to Bay State.

Two months later, Troy’s supervisor told her that her work was satisfactory and she was now a permanent employee. The next month, Troy missed two days from work due to complications related to her pregnancy. When she returned to work, Troy’s supervisor told her that “her body was trying to tell her something” and her “attendance was becoming a serious problem.” Troy’s supervisor suggested that she accept a discharge from Bay State and collect unemployment benefits instead of taking an unpaid maternity leave. The supervisor repeated his remark about Troy’s “body trying to tell her something” in a later discussion with another Bay State employee. When the employee objected to the remark, the supervisor allegedly replied: “if I am ever asked, I will deny I ever said it.”

When Troy told her supervisor that she was rejecting his suggestion and would continue working, the supervisor told Troy that she was terminated effectively immediately. When Troy told her supervisor that the U.S. Equal Employment Opportunity Commission (EEOC) informed her that Bay State could not fire her under the circumstances, the supervisor told Troy that if necessary he would say that there was no need for her job. In response to the charge of discrimination Troy filed with the EEOC, Bay State represented to the EEOC that Troy had been terminated for poor attendance.

Employee Fired Based On Pregnancy Stereotyping

The problem with Bay State’s argument, the First Circuit reasoned, was that Troy’s job attendance and medical condition were “not wholly distinct.” “A plausible reading of the situation,” the court of appeals explained, was that Troy’s supervisor was “concerned because [she] was pregnant and had already missed several days of work on that account, and he believed that she was likely thereafter to have a poor attendance record.” In firing her, the appellate court found, the jury could conclude that Troy’s supervisor “acted on little more than a stereotypical judgment that pregnant women are poor attendees.” This type of “stereotyping” amounted to pregnancy discrimination, the First Circuit concluded, because “the company could not discharge [Troy] simply for being pregnant on the speculation that she would probably be rendered unable to fulfill the requirements of the job.”