Are Home Health Aides Protected From Sexual Harassment By Clients Of Their Employer? 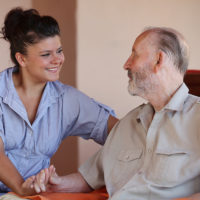 The decision by the U.S. District Court for Delaware in Poe-Smith v. Epic Health Services, Inc., No. 16-660 (D. Del. Mar. 8, 2017) is instructive in showing that employers are obligated to protect home health aids from sexual harassment by their clients. In that case, Anita Poe-Smith (Poe-Smith) brought a sexual harassment lawsuit against her employer, Epic Health Services, Inc. (Epic), pursuant to Title VII. Poe-Smith claimed that Epic violated Title VII by failing to protect her from sexually harassing behavior from its client after Epic knew or should have known of the harassment.

Poe-Smith was employed by Epic as a home health aide. In February 2015, she was assigned by Epic to work for a client of Epic, a man named Weigand. Poe-Smith worked in Weigand’s home. Poe-Smith claimed that from February 2015 until May 2015, Weigand sexually harassed her by directing sexual innuendos and inappropriate comments towards her. Poe-Smith alleged that Weigand’s inappropriate sexual behavior culminated on May 12, 2015, when he physically assaulted her. On this occasion, according to Poe-Smith, Weigand “bought her a maid’s costume” and “told her she would have to model it.” When Poe-Smith left the room, Weigand followed her and then pushed her on her shoulders with full force causing her to fall forward. Weigand then smacked her on the buttocks.

Poe-Smith reported the incident to Epic on May 15, 2015. Poe-Smith admitted that this was the first occasion that she complained about Weigand’s sexually harassing behavior. However, Poe-Smith claimed that Epic should have been aware of Weigand sexual behavior based on his interactions with a supervisor at Epic. In particular, Poe-Smith alleged that Weigand had been calling her supervisor, a woman named Williams, on the telephone and sexually harassing her during that time that Poe-Smith was working in Weigand’s home. Poe-Smith also asserted that Weigand called Williams to ask whether he could give Poe-Smith gifts, such as a pedicure.

In the days after Poe-Smith reported Weigand’s sexual behavior, Epic offered her a new assignment. Poe-Smith declined the initial offer because the job started at 7:30 a.m. and was an hour from her home. After that initial offer, Epic continued to give her “offers for assignments that were only two to three hours sporadically or serving as a back-up aid.” In late May 2015, Epic offered Poe-Smith another full-time assignment, which she also turned down. Then, in June 2015, Poe-Smith accepted a full-time assignment from Epic.

Employer Should Have Known Of Harassment