Are Homophobic Comments Evidence Of A Discriminatory Termination? 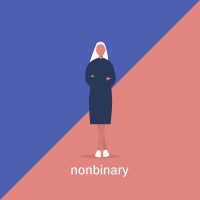 In Cherry, a man named Cherry brought a sexual orientation lawsuit against his former employer, Premier Prints, Inc. (Premier), pursuant to Title VII. Cherry, who is homosexual, contends that he was laid off from his employment because of his sexual orientation in violation of Title VII.

Cherry began his employment with Premier in November 1996. Throughout his employment, Cherry held numerous positions with the company. In 2004 or 2005, Cherry became both the General Manager and the Sales Manager. In September 2019, Cherry married his husband. Cherry contends that, prior to September 2019, nobody at Premier knew that he was homosexual and that, once word of his marriage spread across the company, everyone “seemed shocked.” Cherry claims that he was scared to reveal his sexual orientation to anyone at Premier because he knew the president of the company, Zeke, had a negative opinion of homosexuals.

Cherry maintains that Zeke made homophobic comments throughout Cherry’s employment with the company. For example, Cherry claims that Zeke remarked, “Should I turn queer or get a sex change?” Cherry also claims that Zeke would take fabric samples and hold them in front of his genitals and say, “Do you like the samples now?” According to Cherry, after everyone at the company learned of his marriage to another man, his fears about Zeke and others learning about his sexual orientation ultimately became a reality. Cherry testified that his relationship with Zeke changed drastically after Zeke learned of his marriage—in particular, he testified that, despite previously having enjoyed a good relationship with Zeke, they rarely communicated from that point forward.

In denying Premier’s motion for dismissal, the trial court focused on the alleged homophobic remarks by Zeke. The trial court explained that Zeke’s alleged homophobic remarks “show an animosity towards homosexual persons, and it cannot be seriously disputed that Zeke, as part owner of the company, was primarily responsible for the challenged employment action.” The trial court also pointed out Cherry contends that his allegedly poor performance was never discussed with him and that Premier “has no documentation whatsoever indicating the same despite . . . allegedly having experienced employment issues with Cherry for years.” Based on this evidence, the trial court concluded, “a reasonable jury could find that Cherry’s sexual orientation played a role” in the decision to lay Cherry off.