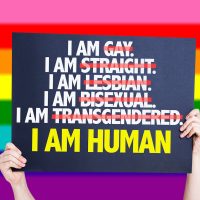 In order to protect employment discrimination victims, Title VII does not require employees subjected to unlawful discrimination to continue working for their employer. Instead, employees who are required to work in intolerable discriminatory working conditions are lawfully entitled to quit. When an employee is forced to quit because of intolerable discriminatory working conditions, the employee has been constructively discharged in violation of Title VII. For purposes of Title VII, a constructively discharged employee has, in effect, been fired and is entitled to recover lost wages just as if the employee had, in fact, been fired.

As explained by the U.S. Sixth Circuit Court of Appeals in Lee v. Cleveland Clinic Foun., 676 Fed. Appx. 488 (6th Cir. 2017), a constructive discharge occurs when “(1) the employer deliberately created intolerable working conditions, as perceived by a reasonable person, (2) the employer did so with the intention of forcing the employee to quit, and (3) the employee actually quit.” In determining whether an employer deliberately created intolerable working conditions, as observed by the Lee court, courts consider demotions, reductions in salary, reductions in job responsibilities, reassignments to menial or degrading work, harassment, or continued employment on terms less favorable.

In Yerkes,  a gay woman named Yerkes (Yerkes) brought a sexual orientation discrimination case against her former employer, the Ohio State Highway Patrol (OSHP), pursuant to Title VII. Yerkes maintains that she was constructively discharged in violation of Title VII because of sexual orientation discrimination that made her working conditions intolerable and forced her to involuntarily resign her employment.

Yerkes began working for the OSHP in 1994. From 2014 to 2018, Yerkes worked as a Criminal Interdiction Training Sergeant training law enforcement officers in Ohio. Yerkes direct supervisor, Dickerson, allegedly heard four OSHP workers make discriminatory and derogatory statements about women, including using sexual epithets, stating that “women are only promoted here because they are women, not because of merit,” and “the only reason women are allowed to perform lower than men is because they are women.” The four OSHP employees held managerial positions and possessed supervisory authority over Yerkes. Dickerson testified that two of the OSHP employees stated that Yerkes’ haircut was “butch.” Dickerson also heard one of the OSHP employees comment on Yerkes wearing makeup and earrings to work, staying, “what, is she trying to be a girl now?”

Yerkes claims that the four OSHP workers began targeting and criticizing her beginning in April 2017 for minor infractions that were common, such as leaving her patrol vehicle running and unattended at a patrol post and not wearing her Stetson issued hat during a traffic stop. Yerkes alleges that her heterosexual male colleagues were not criticized for doing the same things. Yerkes further claims that she was required to perform “demeaning” tasks that were not within her job duties. Yerkes’ partner, a heterosexual male, held the same position as her but was not required to do the same tasks. In December 2017, Yerkes complained to Dickerson that she was being “targeted” because of her sexual orientation and treated differently than other heterosexual males.

In January 2018, one of the four OSHP employees learned that Yerkes had a tattoo on her forearm that she covered with a medical sleeve. Yerkes wore a medical sleeve on her arm for chronic elbow pain that also covered her tattoo. In February 2018, one of the four OSHP employees, a man named Kemmer, confronted her and ordered her to remove her medical sleeve and show her tattoo. Yerkes declined. Kemmer replied that she would be “written up for insubordination.” Yerkes claims that two other OSHP employees, both heterosexual males, had visible tattoos and were never disciplined for allegedly violating the OSHP’s appearance standards policy.

That same month, the human resources department began investigating the incident. Based on the human resources investigation, Yerkes was presented with a Last Chance Agreement (LCA). The LCA was a three-year agreement that demoted Yerkes to a patrol post trooper, reduced her salary and job responsibilities, and required her to remove her tattoo. In February 2018, Yerkes rejected the LCA and retired that month in order to avoid “not in good standing” designation a termination would leave on her file. The OSHP replaced Yerkes with a heterosexual male.

The OSHP filed a motion with the trial court seeking dismissal of Yerkes’ sexual orientation discrimination claim. In support of its motion for dismissal, the OSHP argued that Yerkes was subjected to the LCA because she had a tattoo on her forearm in violation of its appearance standards policy and Yerkes was insubordinate when she disobeyed Kemmer’s order to uncover her tattoo. The trial court denied the OSHP’s motion for dismissal and ruled that a jury could reasonably find that the OSHP deliberately made Kemmer’s working conditions intolerable with the intention of forcing her to quit.

In denying the OSHP’s motion for dismissal, the trial court first addressed the OSHP’s decision to subject Yerkes to the LCA. The trial court determined that a “reasonable jury could find that [Yerkes’] tattoo and a single incident of insubordination were insufficient to warrant” the LCA or “did not actually motivate” the LCA. In support of its conclusion, the trial court pointed to evidence that Yerkes “wore an approved medical sleeve that hid her tattoo and therefore abided by the appearance policy” and that “two heterosexual males had tattoos but were not disciplined.” The trial court also explained that the discriminatory comments by the four OSHP employees were evidence that Yerkes was subjected to the LCA based on her sexual orientation because the four OSHP employees held managerial positions over Yerkes.

Having found that Yerkes produced evidence that she was subjected to the LCA because of her sexual orientation, the trial court turned to the issue of whether Yerkes was justified in quitting by retiring because of sexual orientation discrimination. The trial court found that the LCA “constituted an offer of continued employment on less favorable terms, including a demotion, reduction in pay, and reduction in job responsibilities.” Based on this evidence, the trial court concluded that a “reasonable jury could find that, after [Yerkes’] long-term position as a supervisor and Training Sergeant, her demotion to a patrol post trooper—where she would be supervised by less experienced personnel, have a reduced salary, and fewer responsibilities—was an intolerable working condition” that justified Yerkes’ resignation.

Based in Ocala, Florida and representing workers throughout Florida, our LGBTQ rights attorneys in Marion County, Florida have dedicated their practice to representing employment discrimination victims. If you have been subjected to sexual orientation discrimination in the workplace or have questions about LGBTQ rights in the workplace, please contact our office for a free consultation with our LGBTQ rights lawyers in Ocala, Florida. Our employees’ rights attorneys take sexual orientation discrimination cases on a contingency fee basis. This means that there are no attorney’s fees incurred unless there is a recovery and our attorney’s fees come solely from the monetary award that you recover.