Are Men Protected From Pay Discrimination By The Equal Pay Act? 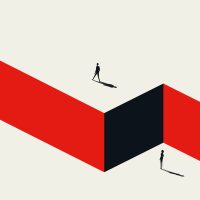 The Equal Pay Act, which is part of the Fair Labor Standards Act of 1938, forbids employers from paying an employee at a rate less than the rate paid to employees of the opposite sex for equal work. As observed by the U.S. Ninth Circuit Court of Appeals in Hein v. Or. College of Educ.,  718 F.2d 910 (9th Cir. 1983), the Equal Pay Act “embodies the deceptively simply principle that employees doing equal work should be paid equal wages, regardless of sex.”

To make out a case under the Equal Pay Act, an employee must prove that an employer is paying different wages to employees of the opposite sex for equal work. The jobs held by employees of opposite sexes need not be identical, but they must be substantially equal. Further, as explained by the Ninth Circuit in EEOC v. Maricopa Cty. Cmty. Coll. Dist.,  736 F.2d 510 (9th Cir. 1984), “it is actual job performance requirements, rather than job classifications or titles, that is determinative.” Thus, a case under the Equal Pay Act requires a comparison of an employee’s work and earnings to that of employees of the opposite sex.

In Duke, a man named Duke brought a sex discrimination case against his former employer, City College of San Francisco (CCSF), pursuant to the Equal Pay Act. Duke claims that CCSF violated the Equal Pay Act by paying a female employee holding a position with similar responsibilities more than him.

CCSF filed a motion with the trial court seeking dismissal of Duke’s claim under the Equal Pay Act. In denying CCSF’s motion for dismissal, the trial court concluded that Duke had “alleged sufficient facts to state a claim for violation of the Equal Pay Act.” In support of its conclusion, the trial court observed that Duke alleges that his female “counterpart” was “hired for the same position was he was,” that she was paid more than him, and that she was “the only other Associate Vice Chancellor of Student Affairs making her the only individual against which [Duke] could compare himself.” “It is reasonable to conclude,” the trial court explained, “that two associate vice chancellors overseeing the same area of responsibility (i.e., student affairs) would have the same job responsibilities” and, thus, the “two jobs were substantially equal.”