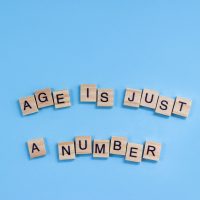 In this article, our Marion County, Florida hostile work environment lawyers explain how the decision in Diaz v. Jiten Hotel Management, Inc., 762 F.Supp.2d 319 (D. Mass. 2011)demonstrates that older employees are protected from harassment on the basis of age under federal employment discrimination law.

In Diaz, a woman named Diaz brought an age-based harassment lawsuit against her former employer, Jiten Hotel Management, Inc. (JHM), pursuant to the ADEA. Diaz maintains that JHM required her to work in an age-based hostile work environment during her years as the head housekeeper at the Holiday Inn Express. Diaz was in her at fifties at the time of the alleged age-based harassment.

Diaz alleges that after twenty-two years of excellent service and two Department Head of the Year awards, she was suddenly denied review and the corresponding annual raises. Diaz maintains that her direct supervisor, Patel, repeatedly subjected her to unwanted age-based derogatory remarks. For example, Patel allegedly repeatedly asked her when she was going to retire, told her that she was getting old, and called her an “old pumpkin,” an “old shoe,” and an “old hankie.” Diaz also alleges that Patel reprimanded her in front of her co-workers, told her to “shut up,” gave her assignments and then criticized her for doing them, and undermined her authority in the presence of her subordinates. Patel also told one of Diaz’s substantially younger staff members, Fazio, that he would like to promote her to Diaz’s position because Diaz was getting too old, and he did not know if she could perform the job anymore.

According to Diaz, Patel’s discriminatory attitude towards older people was not limited to her. When Diaz hired a laundry attendant who was fifty-two years old, Patel allegedly told her, “You’re going to turn this hotel into a nursing home.” Fazio also observed that Patel treated older workers more harshly than younger employees. According to Fazio, Patel referred to an employee in his fifties, Betances, as an “old man.” Another employee stated that Patel would ridicule Betances because he could not lift a five-gallon container of laundry detergent and told him that he was “too old to do this job.

Diaz alleges that Patel’s behavior had a ripple effect as other managers and co-workers began to view her as too old. One employee, Lopez-Vanegas, admitted to referring to Diaz as “old lady.” Another employee, Suero, testified that he was asked to sign a written statement prepared by the Director of Sales that referred to Diaz as a “lonely old lady.” He signed the statement, including untrue facts, out of fear of losing his job.

JHM filed a motion with the trial court seeking dismissal of Diaz’s age-based harassment claim. In moving for dismissal, JHM maintained that the alleged harassment was not sufficiently severe or pervasive to alter the conditions of her employment and create a hostile work environment in violation of the ADEA. The trial court denied JHM’s motion for dismissal and ruled that Diaz’s evidence was “more than sufficient” to establish that she was required to work in an age-based hostile work environment in violation of the ADEA.

The trial court explained that Diaz presented evidence that Patel treated “her differently than her younger colleagues in terms of general harassment, disparate discipline, and denial of pay raises.” The trial court also pointed out that Patel allegedly subjected Diaz to derogatory age-based insults, calling her an “old pumpkin,” an “old shoe,” and an “old hankie.” “When she hired another person over forty,” the trial court noted, “she was told that she was turning the place into a nursing home.” The trial court also observed that Diaz introduced evidence that Patel treated other older workers poorly and, “worse, that management required at least one of them to sign false statements about Diaz.” Based on this evidence, the trial court concluded, a reasonable jury could find that JHM created and maintained an age-based hostile working environment.