Are Sexual Harassment Victims Protected From Retaliation When They Complain To The Police? 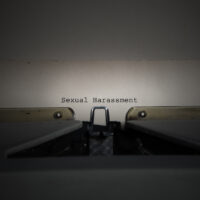 Fuller was employed by Bay Country as a concrete finisher. The EEOC claims that Fuller was subjected to severe and pervasive same-sex sexual harassment by male co-workers. The same-sex sexual harassment, according to the EEOC, included sexual touching, sexual propositions, and sexual comments. Ultimately, Fuller reported the sexually harassing behavior, including the alleged sexual assault, to the police and filed charges for criminal assault. The same day that Fuller reported the behavior to the police, Bay Country fired him. The EEOC claims that Bay Country violated Title VII by firing him in retaliation for reporting the sexually harassing behavior he experienced in the workplace to the police.

The EEOC is the administrative agency of the United States responsible for interpreting and enforcing federal laws prohibiting employment discrimination, harassment, and retaliation. In enforcing the federal civil rights laws, the EEOC is also authorized by federal law to bring lawsuits on behalf of victims of sexual harassment and retaliation. In a press release issued by the EEOC on October 2, 2019 regarding the case, the Director for the EEOC’s Philadelphia District Office, Jamie R. Williamson, stated that “all employees, regardless of industry or profession in which they work, have the right to earn a living without being subjected to racial or sexual harassment.” In commenting on the case, a Regional Attorney for the EEOC’s Philadelphia District Office, Debra M. Lawrence, stated that “when an employer sees or learns about racial or sexual harassment, especially something as severe as physical assault or threats, it must take prompt action to stop it.”

Based in Ocala, Florida and representing employees throughout Central Florida, our Gainesville, Florida sexual harassment attorneys have almost two decades of experience representing employment discrimination victims in cases before the EEOC. If you have been subjected to a sexually hostile work environment or have questions about your protection from retaliation under the federal anti-discrimination laws, please contact our office for a free consultation with our Gainesville, Florida sexual harassment lawyers. Our employment and labor law attorneys take sexual harassment cases on a contingency fee basis. This means that there are no attorney’s fees incurred unless there is a recovery and our attorney’s fees come solely from the monetary award that you recover.