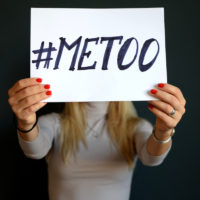 Under Title VII of the Civil Rights Act of 1964 (Title VII), employees are protected from sexual harassment in the workplace. As explained by the U.S. Supreme Court in Meritor Sav. Bank, FSB v. Vinson, 477 U.S. 67 (1986), employees are not required to “run a gauntlet of sexual abuse in return for the privilege of being allowed to work and make a living.”

Porta worked as a shift supervisor at Rollins’ plant in New Jersey. Porta was the plant’s first female managerial employee. Porta alleged that throughout her employment she was subjected to discriminatory statements by an engineer at the plant, Hawkey, and the supervisor of operations at the plant, Spears. Porta claimed that Spears said that he would never have hired a woman as a shift supervisor, and that Hawkey and Spears made statements such as, “what do you know, you’re a woman,” throughout her tenure.

Porta further alleged that she was subjected to hostile work environment sexual harassment. Porta claimed that she repeatedly received threatening and sexually offensive, anonymous handwritten notes in her mailbox at the plant. On one occasion, Hawkey made a remark that Porta could not fall through an opening of certain scaffolding because her breasts were too big. On another occasion, she observed crude graffiti on a refrigerator in a staff lounge stating she performs oral sex on a male employee. When she reported the incident to Rollins, the vice president of operations issued a memo which warned employees about defacing company property, but never addressed the issue of sexual harassment.

Protection From Retaliation For Refusal To Work With Harasser

Rollins moved to dismiss Porta’s sexual harassment and retaliation claims. In doing so, Rollins argued that Porta’s refusal to work with Spears did not constitute statutorily protected activity under Title VII. Because she was not protected from retaliation for her refusal to work with Spears, Rollins further argued, Porta could lawfully be fired for her refusal. The trial court denied Rollins’ motion for dismissal and ruled that Porta’s claims must be resolved by a jury.

The trial explained that the “determination of what statutorily protected activity consists of must be made by looking at the facts of the particular case.” In determining whether Porta’s “self-help activities” constituted statutorily protected activity under Title VII, the trial court noted that it was required to “balance the purpose of [Title VII] to protect persons engaging reasonably in activities opposing sexual discrimination, against Congress’ equally manifest desire not to tie the hands of employers in the objective selection and control of personnel.”

In resolving the issue of whether Porta was protected from retaliation by Title VII for refusing to work a certain shift because Spears would be there, the court found that the issue was “clouded complicated set of facts and differing interpretations by the parties of what actually transpired.” Thus, the trial court concluded that Porta’s “actions must be viewed in context of the case as a whole, and may not be found to lack statutory protection as a matter of law.” In other words, the trial court ruled that, based on the totality of the circumstances, Rollins refusal to work with the alleged sexual harasser constituted statutorily protected activity under Title VII.

Based in Ocala, Florida and representing employees throughout Central Florida, we have been in the trenches for almost twenty years fighting for the rights of sexual harassment victims. If you have experienced sexual harassment at work or have encountered retaliation after reporting harassment, please contact our office for a free consultation with our Alachua County, Florida sexual harassment lawyers. Our employee rights law firm takes sexual harassment cases on a contingency fee basis. This means that there are no attorney’s fees incurred unless there is a recovery and our attorney’s fees come solely from the monetary award that you recover.