Are Sexual Harassment Victims Protected From Retaliation When They Tell The Harasser To Stop The Behavior? 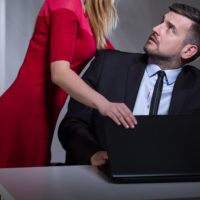 In that case, the U.S. Equal Employment Opportunity Commission (EEOC) brought a lawsuit on behalf of three employees of New Breed Logistics (New Breed). The EEOC alleged that the three employees, Jacquelyn Hines, Capricius Pearson (Pearson), and Tiffany Pete (Pete), were sexually harassed by a supervisor, James Calhoun (Calhoun). The alleged sexually harassing behavior included sexually explicit remarks, sexually suggestive comments, and touching. Pete testified that she told Calhoun to “leave her alone daily.” Pearson testified that she told Calhoun to “stop touching her” and “asked him to stop talking dirty to me like he was and to other people as well because he was going to get in trouble.” In response, Calhoun laughed and stated that “he wasn’t going to get in trouble, that he ran the area, and that anybody who went to [human resources] on him would get fired.” Each employee was fired by New Breed, either directly by or with input from Calhoun, for alleged performance, attendance, and timekeeping issues. The EEOC brought claims on behalf of the three employees against New Breed for sexual harassment and retaliation under Title VII.

After a seven-day jury trial, the jury found that all three employees had been subjected to hostile work environment sexual harassment and retaliatory discharge. On appeal, New Breed argued that the employees’ retaliation claims should have been dismissed by the trial court and never been submitted to a jury for resolution because they did not engage in protected opposition activity before they were fired. The trial court had rejected this argument, holding that protected opposition activity “can be as simple as telling a supervisor to stop.” New Breed argued that the Sixth Circuit “should adopt a rule that concludes that resisting a harasser’s advances or talking back to a harasser is not protected activity under Title VII’s anti-retaliation provision.” Just as the trial court, the Sixth Circuit rejected this argument.

The Sixth Circuit held that “a demand that a supervisor cease his/her harassing conduct constitutes protected activity covered by Title VII.” The appellate court reasoned that because “[s]exual harassment is without question an unlawful employment practice,” when an “employee demands that his/her supervisor stop engaging in this unlawful practice,” such as by resisting or confronting the supervisor’s sexual harassment, the employee has opposed discriminatory conduct and an unlawful employment practice. The Sixth Circuit also rejected New Breed’s argument that “simply declining a harasser’s sexual advances is not protected activity because if it were otherwise, every harassment claim would automatically state a retaliation claim as well.” The appellate court explained that it was “not convinced by this logic” because “giving retaliation victims protection when they complaint to the harasser will not morph all harassment claims into a retaliation claim, absent some materially adverse [employment] action.” Thus, the Sixth Circuit concluded that all three employees engaged in protected opposition activity under Title VII when they “requested that [Calhoun] stop his sexually harassing behavior before their terminations.”