Are Transgender Employees Protected From Harassment For Being Transgender? 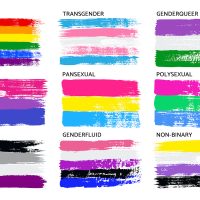 From 2008 to 2017, Eller was employed as a teacher within the PGCPS. In the Spring of 2011, while working as a teacher at Kenmoor Middle School, Eller informed the school’s principal, a woman named Fadli, that she would be socially transitioning to begin living with a woman in accordance with her gender identity. As part of the transition process, Eller began to wear more feminine clothing to work. From the time Eller began transitioning until her resignation from PGCPS in August 2017, she was subjected to a sustained campaign of insults, threats, and physical assaults for being transgender. The harassment included frequent misgendering—being referred to with names, pronouns, or terms associated with different gender identities.

Harassment Based On Transgender Status

Although Eller asked Fadli to keep the fact of her transitioning private until she was ready to discuss it with others, Fadli announced it to the teachers on Eller’s grade-level team without Eller’s consent. After her transitioning became publicly known, students in her class at Kenmoor called Eller “gay,” “homo,” “tranny,” and “booty warrior,” a term referencing a character that was a pedophile or child molester. As early as May 2011, Eller began complaining to Fadli about the harassment and asked for assistance in bringing the harassment to an end. Rather than address the harassment, however, Kenmoor administrators instead focused on obscuring signs of Eller’s transition by getting her to agree to limit her clothing, footwear, and make-up to less feminine versions and to not wear nail polish.

Eller’s transfer to Friendly High School in August 2011 did nothing to alleviate the frequency or severity of the harassment. During her time at Friendly, Eller was harassed by staff, students, and parents alike. For example, teachers asked her about her surgical status, called her a “he-she,” and asked her “if it was worth all the disruption” just so she “could wear a skirt.” Students asked about the appearance of her genitals, shouted “tranny” and “transvestite” as she attempted to teach her class, misgendered her, and referred to her as a “guy in a dress,” “shemale,” and “he/she.” The derogatory insults also included threats of physical violence, when a student approached Eller in the parking lot and told her that he and his friends planned to “rape” her make her “their girlfriend.”

While employed at Friendly from August 2011 until June 2016, Eller sent to school administrators at least sixteen separate emails reporting harassment by co-workers, students, and parents for being transgender. Eller also made repeated requests for additional student and staff training on gender identity discrimination to school administrators. Eller did not consider the response to her complaints adequate because the harassment continued unabated and her requests for diversity training were largely ignored.

After the 2015-2016 school year, Eller requested another transfer and was placed at James Madison Middle School. In September 2016, within a month after her arrival, students began to misgender her. These incidents escalated to threats of violence as a student who had repeatedly misgendered Eller threatened to burn her house down, telling her that she was not really a person so it did not matter if he hurt her. Eller complained to school administrators about the harassment. The Assistant Principal told Eller to grow a “thicker skin” and to stop “proselytizing” to students.

In October 2016, Eller took unpaid leave pursuant to the Family Medical Leave Act (FMLA) because of the sustained harassment. During her FMLA leave, which lasted until January 2017, Eller was diagnosed with post-traumatic stress disorder. She received outpatient psychiatric care from November through December 2016. Eller resigned from her position as a PGCPS teacher in August 2017.

PGCPS filed a motion with the trial court seeking dismissal of Eller’s claim that she was subjected to unlawful hostile work environment harassment because of her transgender status. In support of its motion for dismissal, PGCPS argued that the harassment Eller endured was not sufficiently severe or pervasive to alter the conditions of her employment and create a hostile working environment. The trial court denied PGCPS’s motion for dismissal and ruled that Eller had presented sufficient evidence to establish that she was unlawfully harassed for being transgender in violation of Title VII to proceed to a jury trial.

In denying PGCPS’s motion for dismissal, the trial court determined that a “reasonable jury could find that the harassment was objectively severe or pervasive” to create a hostile working environment. The trial court explained that Eller was “harassed continually by co-workers, students, and parents at three different schools.” The trial court noted that Eller was also “repeatedly misgendered” and subjected to “a wide range of derogatory terms referring to her transgender status.” The trial court also observed that the “harassment included threats of physical violence,” including a threat of rape and to burn Eller’s house down because she was “not really a person.” “Taken together,” the trial court concluded, “the frequency of the harassment over many years, the repeated threats of bodily harm, and the physical assaults provide a sufficient basis to support a conclusion that the harassment was objectively severe or pervasive” to create a discriminatory hostile working environment in violation of Title VII.

Based in Ocala, Florida, and representing employees throughout Florida, our employment attorneys in Citrus County, Florida have litigated employment discrimination cases in Florida courts for more than twenty years. If you have been discriminated against for being transgender or have questions about your rights as a transgender employee, please contact our office for a free consultation with our employment lawyers in Inverness, Florida. Our employee rights law firm takes employment discrimination cases on a contingency fee basis. This means that there are no attorney’s fees incurred unless there is a recovery and our attorney’s fees come solely from the monetary award that you recover.