Are Workers Entitled To Quit After A Single Incident Of Racial Harassment Involving Racial Slurs? 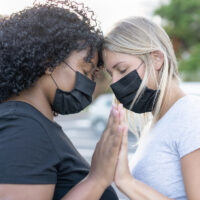 For more than two decades, our Citrus County, Florida racial discrimination lawyers have fought for the rights of Florida employees who have been required to work in a racially hostile work environment. Having represented racial harassment victims for more than twenty years, our Inverness, Florida racial discrimination attorneys know that employees subjected to racial slurs in the workplace often quit rather than continue working in unendurable conditions. When employees are compelled to resign because of racially abusive behavior in the workplace, they may have a claim for constructive discharge. A constructive discharge occurs when the employer, instead of directly terminating the employee, creates an intolerable work atmosphere that forces the employee to quit involuntarily.

Under Title VII of the Civil Rights Act of 1964 (Title VII), racially harassing behavior that is sufficiently severe or pervasive to alter the conditions of the victim’s employment and create an abusive work environment is an unlawful discriminatory employment practice. Although courts universally acknowledge that racial slurs are a form of severe racial harassment, they disagree on whether the use of a racial slur on a single occasion or a single incident of racial harassment can be sufficiently severe to alter the victim’s conditions of employment and create an unlawful hostile work environment.

In this article, our Citrus County, Florida racial discrimination lawyers explain how the recent decision by the U.S. District Court for the Eastern District of Pennsylvania in Shamsuddi v. Classic Staffing Services, Case No. 19-3261 (E.D. Pa. Dec. 28, 2020) shows that a single incident of harassing conduct that involves the use of racial slurs can create a racial hostile work environment and justify an employee’s decision to quit in order to escape the abusive working environment.

Shamsuddi, who is African-American, began working for Classic Staffing in 2014. Classic Staffing is a temporary employee staffing agency. Over time, Shamsuddi worked at several job sites to which he was assigned by Classic Staffing. A recruiter at Classic Staffing, Kalapos, was responsible for deciding whether to continue to assign jobs to Shamsuddi. In May 2016, Shamsuddi was assigned to and began working at Isabelle’s Kitchen. In late May 2016, Shamsuddi called out from work because he was moving. Kalapos then called Shamsuddi to find out why he was not at work, and left a voice mail message when Shamsuddi did not answer. After leaving her intended message, Kalapos did not hang up the phone and additional statements were recorded on Shamsuddi’s voice mail. In the voice mail message, Kalapos referred to Shamsuddi using the “n-word” on two occasions.

Worker Quits Because Of Racial Slurs

Turning to Shamsuddi’s racial harassment claim, the trial court observed that courts have determined that a single use of the “n-word,” depending on the circumstances, can create a racial hostile work environment. In applying this principle, the trial court ruled that it was for a jury to decide whether a single incident of harassment involving the use of racial slurs was sufficiently severe to alter the conditions of Shamsuddi’s employment and create a racial hostile work environment. Turning to Shamsuddi’s constructive discharge claim, the trial court pointed out that Kalapos admitted that she could understand why an African-American employee would not want to work for Classic Staffing after hearing the racial slurs. The trial court also observed that Classic Staffing did not have an anti-harassment policy, an employee handbook, or a procedure for reporting race discrimination. Consequently, the trial court noted, even if Shamsuddi had “wanted to suggest some alternative solution” other than resigning, “there was no clear means for doing so.” Based on these circumstances, the trial court concluded, “a reasonable jury could find” that Shamsuddi’s working conditions at Classic Staffing “became so intolerable that a reasonable person in [his] position would have felt compelled to resign.”