Are Workers Protected From Hostile Work Environment Harassment Because Of Their Religious Beliefs? 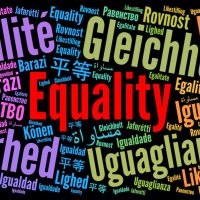 To protect employees from religious harassment, Title VII also imposes a remedial obligation on employers. Once an employer knows or should know of religious-based harassment in the workplace, the employer is obligated by Title VII to take prompt and effective corrective action to prevent the harassment from continuing. In fulfilling their remedial obligations, employers are generally required to conduct a thorough investigation and to take disciplinary action, ranging from reprimand to termination, against the offending harasser. When an employer takes no remedial action or the remedial action does not end the current religious-based harassment, the employer is deemed to have created and maintained a hostile work environment in violation of Title VII.

In Stancu,a man named Stancu brought an employment discrimination lawsuit against his former employer, New York City/Parks Department (Parks Department), pursuant to Title VII. Stancu claims that he was subjected to hostile work environment harassment because of his religion in violation of Title VII.

Stancu is a “devout Christian of Eastern Orthodox Christian faith” and wears a beard due to his religious beliefs. From November 2018 until May 10, 202, Stancu was employed as an Urban Park Ranger with the City of New York’s Department of Parks and Recreations. On November 15, 2018, according to Stancu, a supervisor named O’Neill informed him that the Parks Department does not permit employees to have beards, and then, “in a belittlingly manner,” remarked that “we are not in the Stone Age.” Stancu responded that he has a beard due to his religious beliefs. The next day, O’Neill told Stancu to “prove his religious beliefs with a letter from the church.”

“Go To Church & Work There”

Stancu, however, continued to experience harassment from O’Neill and other supervisors. O’Neill allegedly told Stancu “numerous times” that he would need to need to “choose between keeping his job or his beard.” Stancu also claims that he received “daily harassing questions” about the shape of his beard. After he made another complaint of religious discrimination to the Commissioner’s office, according to Stancu, his supervisors “ramped up their harassment against him, which became a daily routine.” For example, between August 15, 2019 and May 10, 2020, a supervisor photographed Stancu’s beard once a week. While the supervisor informed Stancu that he was directed to “keep a profile” of all employees’ beards, the supervisor did not take photographs of other employees’ beards. In January 2020, Stancu was informed that he would be transferred to Washington Square Park. Stancu alleges that the Parks Department knew that the Washington Square Park locker room and office was “infested with mold, rat poison, and carbon monoxide.”

On May 10, 2020, a supervisor placed in Stancu’s locker a note stating “Parks is not your church. Get [ ] out of here. Go to your church and work there.” On May 10, 2020, Stancu claims that he was “forced to resign” due to the religious-based harassment.

The Parks Department filed a motion with the trial court seeking dismissal of Stancu’s religious discrimination claim. The trial court denied the Parks Department’s motion for dismissal and ruled that Stancu’s allegations were sufficient to establish that the Parks Department created and maintained a religious-based hostile working environment in violation of Title VII. In support of its ruling, the trial court pointed to Stancu’s allegations he was told “go to your church and work there,” that he was asked to “prove his religious beliefs” with a letter from church, that he was made to work in a facility with a known health risk, and that he was told by his supervisors to “choose between keeping his job or his beard.” These allegations, the trial court concluded, demonstrated that Stancu was subjected to severe or pervasive religious-based harassment in violation of Title VII.