Are Workers Required To Tolerate Customer Sexual Harassment As Part Of Their Job? 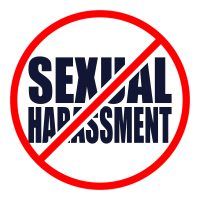 Title VII of the Civil Rights Act of 1964 (Title VII) makes sexual harassment an unlawful discriminatory employment practice. To violate Title VII, sexual harassment must be sufficiently severe or pervasive to alter the conditions of the victim’s employment and create a hostile working environment. Title VII protects employees from sexual harassment by co-workers, supervisors, managers, owners, and third-parties, including an employer’s clients and customers. Under Title VII, once an employer knows or should know that an employee is being sexually harassed in the workplace, the employer is obligated to take prompt and effective corrective action to stop the harassment and prevent recurrence of the harassment. When an employer fails to take remedial action, or the remedial action taken does not stop the harassment, the employer is liable under Title VII for creating and maintaining a sexually hostile work environment.

Fried worked as a manicurist at a salon in the Wynn Hotel in Las Vegas, Nevada. In July 2017, a male customer came into the salon for a pedicure and Fried was assigned to provide the service. The customer asked Fried to give him a message in the customer’s hotel room and said he had message oil. When Fried responded, “we don’t do that kind of service, the customer made an explicit sexual proposition, asking if Fried wanted to have sex. The customer told Fried “it is wonderful to have sex with another man.”

Fried immediately went to the salon’s front desk, reported the customer’s conduct to the manager of the salon, Barajas, and stated that he no longer felt comfortable interacting with the customer. According to Fried, Barajas directed him to “just go [finish the pedicure] and get it over with.” Fried complied but claimed that he felt “absolutely horrible” and “uncomfortable” during the twenty or so minutes it took to finish the customer’s pedicure. In total, the customer made five or six inappropriate sexual references to Fried during the thirty-five-minute pedicure. The customer also grabbed or held Fried’s hand or arm for about a minute when Fried escorted the customer out of the sale after completing the pedicure.

Fried confronted Barajas after the customer left and told her that they needed to discuss what had happened. Barajas responded that she was busy dealing with emails but would talk to him “when she got a chance.” When Fried followed up later that day, Barajas again told him that she had a lot of emails to review and asked to discuss the incident another time. Fried told Barajas that he would report the incident to the hotel’s human resources department, but he did not do so. Fried and Barajas never discussed the incident again.

About one week later, Fried was in the salon’s breakroom and asked his co-workers whether Barajas was on duty because he still wanted to speak with her about the customer who had sexually propositioned him. A female co-worker told Fried that he should not be upset about the incident and should instead take it as a compliment. When Fried responded that he was not happy with that remark, another female co-worker allegedly said, “shut up, Vincent, you know you want to have sex from [the customer], you keep mentioning it.”

In support of its conclusion, the Ninth Circuit observed that “Barajas not only failed to take immediate corrective action, she directed Fried to return to the customer and complete his pedicure.” Indeed, Barajas not only “took no action to stop” the customer’s harassment—such as by “requiring the customer to leave the premises immediately”—Barajas “directed Fried to re-subject himself to the harasser for an extended period of time.” “Barajas’ direction,” the appellate court reasoned, “discounted and effectively condoned the customer’s sexual harassment” and “conveyed that Fried was expected to tolerate the customer’s harassment as part of his job.” Under such circumstances, the Ninth Circuit determined, reasonable jurors could find that Wynne created and maintained a sexually hostile work environment in violation of Title VII.