Are Workers Who Agree To Serve As A Witness In A Discrimination Case Protected From Retaliation? 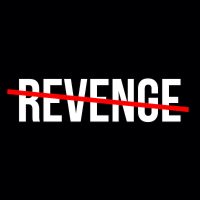 In October 2016, Mercado began working for Mount Pleasant as a teacher’s aide. When she was hired, she was assigned to work in the classroom of a teacher named Alvarado. Alvarado was a tenured teacher of Mount Pleasant. At the time, Alvarado had a pending employment discrimination lawsuit against Mount Pleasant pursuant to Title VII.

Mercado alleges, that, in May 2017, the school principal, Harris, tried to obtain false statements about Alvarado’s allegedly inappropriate conduct in the classroom. Mercado alleges that she told Harris she was “going to write the truth that Alvarado was not inappropriate with a student,” and Harris told her to “leave her office and did not have [Mercado] write any statements.” In June 2017, Mercado agreed to be named specifically as a witness in Alvarado’s administrative agency discrimination complaint. Mercado was also named as a witness in the employment discrimination lawsuit filed by Alvarado.

Mercado claims that since she “refused to cooperate with” Mount Pleasant in its “pursuant of Alvarado,” she was retaliated against by Mount Pleasant. Mercado alleges that she was denied at least three promotion opportunities. In January 2019, Mercado was terminated.

Mount Pleasant filed a motion with the trial court seeking dismissal of Mercado’s retaliatory termination claim. In moving for dismissal, Mount Pleasant argued that Title VII did not protect Mercado from retaliation simply for agreeing to be named and eventually being named as a witness for a co-worker’s employment discrimination lawsuit. In other words, Mount Pleasant maintained that Title VII did not prohibit it from firing Mercado because she agreed to be named and eventually was named as a witness in Alvarado’s employment discrimination lawsuit against Mount Pleasant.

The trial court denied Mount Pleasant’s motion for dismissal and ruled that Mercado was protected from retaliation by Title VII by agreeing to be named and eventually being named as a witness in Alvarado’s employment discrimination lawsuit against Mount Pleasant. In support of its ruling, the trial court reasoned that “Congress chose to provide wide-ranging protection by shielding an employee who participates in any manner in a Title VII proceeding,” and “it would be destructive of this purpose to leave an employee who is poised to support a co-worker’s discrimination claim wholly unprotected.”

One of the most important decisions retaliation victims must make is which labor attorneys to consult with regarding their employee rights. As part of our dedication to helping retaliation victims, an experienced labor lawyer will speak with you personally and you will receive the individualized attention your case deserves. We offer free confidential case evaluations for employees, and you will not have to pay to speak with our labor attorneys regarding your rights. We are available for consultation at your convenience, including scheduling telephone consultations for evenings and weekends.

Based in Ocala, Florida, and representing workers throughout Florida, our labor attorneys in Marion County, Florida have dedicated their practice to fighting for the rights of employees. If you have been retaliated against for exercising your employee rights or have questions about your protection from retaliation under federal employment discrimination laws, please contact our office for a free consultation with our labor lawyers in Citrus County, Florida. Our employee rights law firm takes retaliation cases on a contingency fee basis. This means that there are no attorney’s fees incurred unless there is a recovery and our attorney’s fees come solely from the monetary award that you recover.