Attempting To Flip The Script: When An Employer’s Investigation Targets Employee Complaining About Discrimination 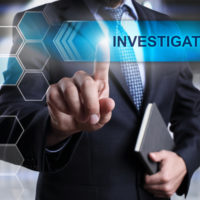 After the meeting, the human resources director sent an e-mail to the vice-president stating that Pye “was shaking us down” because he wanted a promotion, money, and a company car “for his trouble.” She also stated that Pye had said that “he doesn’t want to take it to the next step because a multi-million dollar company like NuAire would go out of business.” NuAire’s witnesses testified that they believed Pye’s language was a reference to filing a lawsuit. The human resources director suggested that a lawyer be consulted to determine whether NuAire could fire Pye for making threats. The vice-president responded that he did not need to consult a lawyer and instructed Pye’s supervisor to hire him. After Pye’s supervisor notified him of his termination, Pye contacted the human resources director. The human resources director told Pye that he was fired for attempting to obtain a promotion and/or money and a company car through coercion and intimidation. The trial court dismissed Pye’s retaliation claim. On appeal, the Eighth Circuit reversed the trial court’s decision and reinstated Pye’s retaliation claim.

In reversing the trial court’s decision, the Eighth Circuit determined that a reasonable jury could find that Pye was fired in retaliation for complaining about race discrimination because there was a direct specific link between his termination and discrimination complaint. A direct specific link existed, the appellate court explained, because the proffered reason for Pye’s termination was “inextricably intertwined” with his protected conduct of complaining about race discrimination. Moreover, the appellate court pointed, because NuAire used Pye’s monetary demand, which was “prompted by the investigator’s questions” during the investigation, to fire him for intimidation, coercion, and threatening behavior, a reasonable jury could find that the internal investigation involved a ploy to trap Pye into making a monetary demand and then use the monetary demand as a pretext for retaliation.

The decision in Pye illustrates that employers’ internal investigations into race discrimination complaints by employees are often highly questionable, if not fatally flawed. Unfortunately, some employers may use an internal investigation to obtain evidence which can be used to cast doubt on the credibility of the complaining employee and ascribe inflammatory motives, whether financial or otherwise, to the employee’s complaint. The decision in Pye further establishes that employees should be very careful when responding to an employer’s questions regarding their desired remedies in resolving the discrimination complaint, including discussing a monetary payment, an increase in compensation, or promotion. Under such circumstances, employees should consider consulting with an employment law attorney before discussing possible remedies so that their responses cannot be characterized as a “shake down” or “threats.” In the context of making an internal complaint of discrimination and responding to the employers’ questions during their investigation of the complaint, employees should keep in mind that a fundamental purpose of a discrimination complaint is notify the employer about discriminatory employment practices and give the employer an opportunity to stop the discriminatory employment practices. In the context of making an internal complaint of discrimination, seeking or obtaining remedies beyond ending the discriminatory employment practices will often require involvement of an employment law attorney and the filing of a lawsuit.

Based in Ocala, Florida and representing employees throughout Central Florida, we have extensive experience representing employees who have been retaliated against for complaining about discrimination or harassment in the workplace. If you have been retaliated against, or have questions about an employers’ internal investigation into your complaint of discrimination or harassment, please contact our office for a free consultation with our Central Florida retaliation attorneys. Our employee rights law firm takes employment retaliation cases on a contingency fee basis. This means that there are no attorney’s fees incurred unless there is a recovery and our attorney’s fees come solely from the monetary award that you recover.