Can A Discriminatory Failure To Promote Be Proven With Evidence That An Unqualified Individual Was Selected? 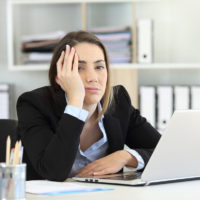 Title VII of the Civil Rights Act of 1964 (Title VII) prohibits an employer from discriminating against any individual with respect to his or her compensation, terms, conditions, or privileges of employment because of such individual’s race, color, religion, sex, or national origin. Under Title VII, employees are protected against discrimination with respect to the entire spectrum of the compensation, terms, conditions, or privileges of employment. This means that the prohibition against discrimination in the workplace applies to all employment decisions, including promotion decisions.

Having litigated discriminatory failure to promote claims for almost twenty years, our Alachua County, Florida employment discrimination attorneys have learned that employers frequently maintain that the employee claiming a discriminatory failure to promote was not selected because he or she did not satisfy the requisite qualifications for the position. Despite characterizing the employee who was not promoted as unqualified, employers often select an individual who did not possess the requisite qualifications for the position. The decision by the Tenth Circuit in Randle v. City of Aurora, 69 F.3d 41 (10th Cir. 1995) is instructive in showing that an employer’s selection of an unqualified individual can be used to prove a discriminatory failure to promote and compel courts to fulfill their professed role of preventing unlawful employment practices.

In that case, Ofelia Randle (Randle), an Asian woman of Filipino national origin, brought a Title VII action against the City of Aurora (the City) alleging a discriminatory failure to promote. Randle claimed that she was passed over for promotion in favor of a white woman because of her race and national origin. During her employment with the City, Randle applied for the position of Technician III. According to the City, the position required an associate’s degree. The City refused to certify Randle’s application for the position because she did not have an associate’s degree.

As no other internal candidates met the requirements for the Technician III position, the City hired an outside white candidate named Richards for the position. Although Richards lacked an associate’s degree, the City nonetheless considered her two years of college a sufficient substitute. Then when the City learned that Richards had not actually completed two years of college, it chose to allow her to remain in the position even though it customarily fired employees for misrepresenting material facts on their employment application.