Can A Past Employer Refuse To Re-Hire A Job Applicant In Retaliation For Filing An EEOC Complaint? 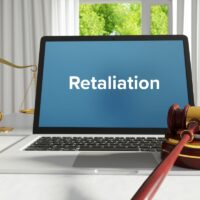 Having litigated retaliation cases in Florida courts for more than two decades, our Citrus County, Florida retaliatory termination lawyers know that a common employment law myth is that employees are not protected against retaliation from an employer once the employment relationship ends. The federal anti-discrimination laws, however, protect employees from retaliation by any past, present, or prospective employer for having complained about perceived unlawful discrimination in the workplace, including filing a charge of discrimination with the U.S. Equal Employment Opportunity Commission (EEOC).
In most retaliation cases involving a retaliatory failure to hire, a past employer refuses to re-hire the job applicant because he or she complained about perceived unlawful discrimination while previously employed by the past employer. Mistakenly believing that the job applicant is no longer protected against retaliation because the employment relationship has ended, the past employer retaliates against the job applicant by refusing to re-hire him or her. In this article, our Homosassa, Florida retaliatory termination lawyers explain how the decision in Khan v. Hilton Worldwide, Inc., 2015 WL 738108 (S.D. N.Y. Feb. 20, 2015) demonstrates that employees are protected from a retaliatory refusal to re-hire by a prior employer.

Retaliation By Past Employer

In that case, Ehsan Khan (Khan) brought a retaliation lawsuit against his former employer, Hilton Worldwide, Inc. (Hilton), pursuant to Title VII of the Civil Rights Act of 1964 (Title VII). Under Title VII, employees are protected from retaliation when they complain about perceived discrimination on the basis of race, color, national origin, sex, or religion. Khan claims that Hilton violated Title VII by refusing to re-hire him in retaliation for filing a complaint with the U.S. Equal Employment Opportunity (EEOC) alleging religious and national origin discrimination during his prior employment with Hilton.
In November 2005, Khan began working for Hilton as a Cafe Attendant at the Starbucks inside the Waldorf Astoria (Waldorf). The Waldorf is owned and operated by Hilton. In August 2010, Khan reported an incident to Hilton’s Human Resources Department in which his co-worker, a man named Uddin, asked his supervisor, a woman named Theosdic, “Why don’t like me? Is it because I’m Muslim?” Theosdic told Uddin,”Yes, it’s because you are Muslim.” In April 2011, Hilton fired Khan because he had taken coffee without paying for it and had remained on site for approximately one hour after his scheduled shift had ended and he had signed out. However, all of Khan’s non-Muslim co-workers regularly drank coffee without paying, and most of his non-Muslim co-workers remained on the premises after signing out, without penalty.

Later that month, in April 2011, Khan filed a complaint with the EEOC alleging that he had been fired because of his religion and in retaliation for having complained of workplace discrimination to HR in August 2010. In June 2011, Khan and Hilton entered into an agreement whereby Hilton reinstated Khan in his prior position in exchange for his withdrawal of the April 2011 EEOC complaint. Preferring the duties of a Banquet Server to those of a Cafe Attendant, in October 2011, Khan applied for the full-time position of Secondary B-List Banquet Server. That some month, Khan was interviewed by Hilton’s Manager, Dasilva, and took an “interview exam” administered by Dasilva.
Hilton hired 10 new Secondary B-List Banquet Servers, but Khan was not one of them. In November 2011, Khan complained to the HR Director at the Waldorf that he felt he was being retaliated against for having filed his April 2011 EEOC complaint. The HR Director replied, “Don’t worry. Your score on the test was almost there. You just missed by a whisker. Apply again next year.” However, Dasilva, who administered the test, told Khan that he had performed very well on the exam and would be receiving information regarding a second round of interviews. When Hilton finally showed Khan his test, he realized that it was not the exam he had completed. Rather, the applicant’s name and answers seemed to have been written by the same person who graded the exam. In December 2011, Khan filed another complaint with the EEOC, alleging that Hilton discriminated against him on the basis of his religion and national origin in failing to make him a Secondary B-List Banquet Server.

Protection From Retaliatory Failure To Re-Hire

Hilton filed a motion with the trial court seeking dismissal of Khan’s retaliation claim. In doing so, Hilton argued that Khan was not protected against retaliation from Hilton because he was no longer employed by Hilton. The trial court rejected Hilton’s argument and ruled that Khan had alleged sufficient facts to establish that Hilton refused to re-hire him because he had filed an EEOC complaint against Hilton. In support of its conclusion, the trial court pointed out that every individual whose employment had been terminated due to the closing of Starbucks in June 2012 was subsequently re-hired” by Hilton, except Khan. None of these individuals, the trial court observed, had complained of discrimination by Hilton. Thus, in refusing to re-hire Khan, Hilton treated Khan differently from individuals who did not complain about discrimination by Hilton. Because “one way to establish a claim of retaliation is to show that the complaining employee is treated differently than other employees” who did not complain about discrimination, Khan’s allegations were sufficient to establish that Hilton refused to re-hire him in retaliation for filing an EEOC complaint against Hilton.