Can A Performance Improvement Plan Be Evidence Of Retaliation For A Discrimination Complaint? 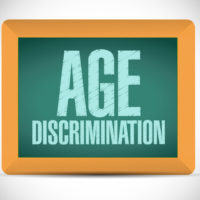 Employee Claims He Was “Set Up To Fail”

In that case, Michael Ciecka (Ciecka) brought a retaliation lawsuit against his former employer, The Cooper Health System (Cooper Health), pursuant to Title VII of the Civil Rights Act of 1964 (Title VII). Ciecka claimed that Cooper Health violated Title VII by firing him in retaliation for having complained about age discrimination.

Ciecka was employed as a radiology technologist by Cooper Health. Ciecka was fifty-two years old when he was fired on December 11, 2014. The crux of Ciecka’s case was that the circumstances of his employment changed drastically after he complained about age discrimination in June 2014. That month, Ciecka told Human Resources that his immediate supervisor, a man named LeBender, made references to his age. Ciecka also reported that he believed he was in LeBender’s “cross-hairs’ and his job was “in jeopardy. When interviewed by Human Resources about Ciecka’s age discrimination complaint, LeBender admitted to commenting on Ciecka’s age.

A Jury Could “Read Between The Lines”

Based in Ocala, Florida and representing employees throughout Central Florida, we have substantial experience representing retaliation victims. If you have been retaliated against for complaining about discrimination in the workplace or have questions about being subjected to a performance improvement plan after complaining about discrimination in the workplace, please contact our office for a free consultation with our Citrus County, Florida retaliation attorneys. Our employment and labor law attorneys take retaliation cases on a contingency fee basis. This means that there are no attorney’s fees incurred unless there is a recovery and our attorney’s fees come solely from the monetary award that you recover.